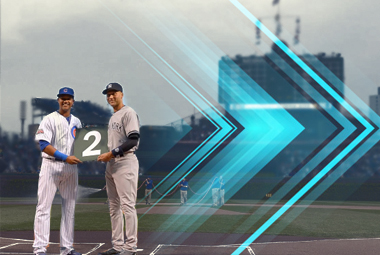 Jeter who was a first ballot candidate received 396 of the possible 397 total votes was only one vote short of becoming the second unanimous selection to the Baseball Hall of Fame. The only person to ever achieve that height of baseball immortality was his teammate with the New York Yankees, Mariano Rivera, who received 100% of votes last year. Jeter’s 99.7 voting percentage does rank him second in front of Ken Griffey Jr. who received 99.3% when he was inducted into the Baseball Hall of Fame.

Larry Walker on the other hand was on his 10th and final ballot for the Baseball Hall of Fame voting procedure. He received 304 total votes which was only 6 votes above the 75% threshold needed to become an inductee into the baseball HOF. Which was a significant increase from last years 54.6%.

Other Players Named on the Baseball Hall of Fame Ballot

A portion of the above listed Major League Baseball players were linked to performance enhancing drugs and / or steroids which were quite prevalent during this era of professional baseball. Some of these ball players include Roger Clemens, Barry Bonds, Manny Ramirez, Sammy Sosa, Andy Pettitte, and Jason Giambi. Many of these guys were amazing athletes and worthy of the Baseball Hall of Fame even without the advantage they gained over the competition by using PED’s or steroids.

Unfortunately, the Baseball Writers' Association of America and many baseball purists take that issue extremely seriously and will not vote in cheaters no matter how great they were even prior to using drugs. This issue can be compared to all time greats like Pete Rose not getting in due to betting on baseball and Shoeless Joe Jackson for throwing the 1919 World Series (Black Sox Scandal).

"Well, I look at all the votes that I got," Jeter stated. "Trying to get that many people to agree on something is pretty difficult to do. So that's not something that's on [my] mind."

"I believe I'm going to come up a little short today," Walker said on Twitter.

"I had it when they're going to call, a roundabout time, and that time had come and gone," Walker explained. "And there was two minutes after that when the call actually came."

When Walker's phone rang, he shouted a profanity and then said, "Oh, my God!" He answered, and BBWAA secretary-treasurer Jack O'Connell was on the line.

"You didn't come up short this year. You passed the 75% threshold, and welcome to the Hall of Fame," Walker recalled.

"Everyone told me it was a foregone conclusion. I didn't buy it. So it was not a relaxing day. There was a lot of anxiety," says Jeter. ''I was nervous -- sitting around, waiting for a phone call is something that is completely out of your control."

"Being Canadian, you're born into this world with a stick in your hand and skates on your feet," Walker stated. "So that's how I was as a kid. You played hockey, and that's all that really mattered. When hockey didn't quite go the way I wanted, baseball more or less found me."

"I had a great relationship and still do with Reggie Jackson," Jeter proclaimed. "And Reggie used to constantly remind me when he when he came to the park, he'd always tell me, 'You're not a Hall of Famer yet.'"

"I would probably be missing a few more teeth," Walker jokingly said.

Larry Walker’s Hall of Fame plaque will have a Rockies cap represented. Walker said the reason for picking the Rockies was that Colorado was, "Where the majority of my damage was done." Although the Hall of Fame makes the ultimate decision after consulting with the player regarding this issue.

"I know I speak for the whole Rocky Mountain region in congratulating Larry for his election into the Hall of Fame," says Rockies owner Dick Monfort. "Larry blessed our region for parts of 10 seasons and we feel extremely fortunate to be a part of his incredible career. Congrats, Larry."