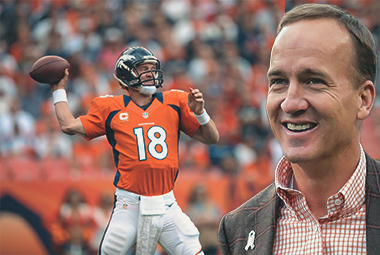 This starting quarterback was one of the National Football League’s all time greats. Peyton Manning played for both the Indianapolis Colts from 1998 to 2011 as well as the Denver Broncos from 2012 to 2015. He completed 6,125 of his 9,380 attempted passes in the NFL which equates to a completion percentage of 65.3. Manning threw for exactly 71,940 passing yards, 539 touchdown receptions, and 251 interceptions. He finished his NFL playing career with an overall incredible passer rating of 96.5.

This former NCAA National champion and Heisman Trophy winner at the University of Michigan was a stand out cornerback at the top of his game during his playing days in the National Football League. Charles Woodson played for the Oakland Raiders from 1998 to 2005, then the Green Bay Packers from 2006 to 2012, and then back with the Oakland Raiders from 2013 to 2015. Woodson recorded 1,105 tackles, 20 sacks, 33 forced fumbles, 65 interceptions, 13 defensive touchdowns, and 155 passes deflected during his long and amazing NFL career. 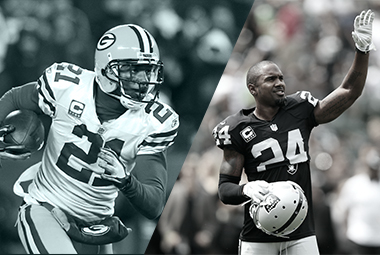 This number 2 pick in the first round of the 2007 NFL draft out of Georgia Tech University lit up the National Football League with the Detroit Lions from 2007 until 2015 when he prematurely retired from playing professional football due to precautionary reasons. Over the course of his spectacular NFL career Calvin Johnson tallied 731 receptions for 11,619 receiving yards which averaged out to 15.9 yards per reception. He also caught 83 touchdown passes.

This solid and reliable offensive guard played for the Pittsburgh Steelers from 1998 to 2007, the New York Jets from 2008 to 2009, and the Arizona Cardinals in 2010. Over the course of his superlative NFL career Faneca stapled his name to the National Football League by holding his blocks while being featured in 206 games in which he started 201 of those match ups. Alan also recovered 11 loose fumbles for his teams too. 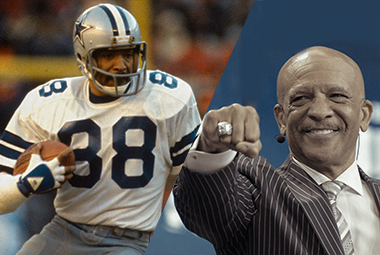 This highly regarded wide receiver of the Dallas Cowboys from 1973 to 1983 was elected into the 2021 class of Pro Football Hall of Famers as a senior inductee. Throughout his NFL career he played in 156 games for the Dallas Cowboys in which he caught 489 receptions for 7,822 receiving yards, and 48 touchdown receptions. Unfortunately, his NFL career was cut short by a liver injury that he suffered in a crazy car accident at age 33.

A dynamic scouting pioneer that started his NFL career by advising different NFL organizations on players from black colleges and universities that he had at one time evaluated during his time as a sports writer. Bill Nunn went on to spend over four decades as a member of the Pittsburgh Steelers who heavily contributed to the Pittsburgh Steelers dynasty during the 1970’s as well as their future Super Bowl runs. Nunn did pass away unfortunately in 2014.

This man is being enshrined in to the Pro Football Hall of Fame as a coach. Tom Flores was initially a quarterbacks coach for the Buffalo Bills in 1971 prior to heading to Oakland to become the Oakland Raiders wide receivers coach from 1972 to 1978. Flores was then named the head coach of the Oakland/Los Angeles Raiders from 1979 to 1987, and then he eventually ended up as the head coach of the Seattle Seahawks from 1992 to 1994.

His nine seasons as the head coach of the Oakland / Los Angeles Raiders was what he was best known for as in this role he possessed an NFL playoff record of 8 and 3, and a playoff winning percentage of .727 which just happens to rank behind only the legendary head coach of the Green Bay Packers, Vince Lombardi.