Kobe Bryant, Tim Duncan, and Kevin Garnett are Named Finalist for the 2020 Hall of Fame Class

On Friday, February 14, 2020 Kobe Bryant, Tim Duncan, and Kevin Garnett have been named as finalists for the superstar loaded 2020 class of the Naismith Memorial Basketball Hall of Fame. Since it is Valentine’s Day it is very appropriate to truly understand how much these three players loved the great game of basketball, and they all played that way their entire lives. 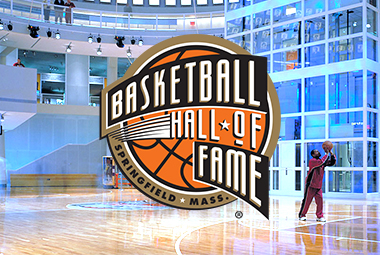 It is extremely rare to have three ballers of this incredibly high caliber all most likely be enshrined in the same Hall of Fame class. It is tremendously interesting that Kobe Bryant as well as Kevin Garnett both went straight from high school in to the National Basketball Association. That just doesn’t happen anymore due to the new rules that have been implemented.

Other finalists that were named for the 2020 class of the Basketball Hall of Fame include Tamika Catchings who played for the Indiana Fever and was a 10 time all star in the WNBA. The 3 time women’s NCAA national champion, Kim Mulkey, who coached the University of Baylor Bears. Bentley University’s Barbara Stevens who was named the Division II coach of the year 5 times, and Eddie Sutton who was named the men’s NCAA coach of year 4 times. Finally, the former head coach of the Houston Rockets, Rudy Tomjanovich, who just happened to win 2 NBA championship titles.

The 2020 class of the Naismith Memorial Basketball Hall of Fame will be enshrined on August 29th, 2020 in Springfield, Massachusetts. The players that will be inducted will be announced at the Final Four in Atlanta Georgia on April 4th, 2020. “The Hall's Honors Committee -- made up of Hall of Famers, basketball executives, media members and others -- will vote on the finalists, who must receive 18 of 24 votes to be enshrined.”

The Lakers retired both of the numbers (8 & 24) that Kobe Bryant played with throughout the duration of his illustrious 20 year career. In 1996 he was honored as the Naismith Prep Player of the Year and First Team Parade All American. He is commonly recognized as one of the greatest NBA players of all time. Unfortunately, just last month Kobe Bryant was tragically killed in a helicopter crash, and he is sorely missed by many of his peers and his admirers all over the world.

He was honored by the San Antonio Spurs when they retired his number 21 jersey which the Wake Forest Demon Deacons also did in his honor. Duncan was known for being extremely fundamentally sound more than an electric or fun to watch superstar, but his consistency and pursuit of greatness made him one of the best players the NBA https://wizardofvegas.com/articles/adam-silver-and-the-nba-react/ has ever seen.

"He'd probably think this is pretty awesome right here," says Garnett. "The Hall of Fame is something you don't really think about. It just happens."

"[That's] because of the enormity -- even before Kobe's death -- that we think Kobe and Duncan and Garnett bring to it," Jerry Colangelo stated. "We've never had a class that strong at the top. And of course with Kobe's death, it added more focus.

"We thought the way of dealing with it was eliminating some direct-elects on a one-year basis. We have that flexibility, fortunately, to do it because some people could get lost in the shuffle, really, in terms of getting their due."

"No, no, no," Colangelo replied. "I have no idea where those things started. We have a process and you follow the process. When we met in Dallas after his death, we had to deal with that, and the way we dealt with it was we weren't going to submit a lot of names. We were going to make it a small class.

"We want everyone to get their due. It's important. It's sensitive. We have a job to do between now and the end of August, that it is that kind of a program and production. As sad as it all is, we have to deal with all of that, and life goes on in the world of basketball and the Hall of Fame and we don't want to take away from the people here who are the prospective inductees."

"It's hard to process," Mike Breen expressed. "I just love the game, and to be able to call the games ... to me, that was the lottery. That was hitting the jackpot for the rest of my life.

"To think that you were doing something that you love so much, and then they're going to give you this unbelievable award? I know it's a cliché, but it's overwhelming."