On Sunday, January 26th, 2020 Kobe Bryant and one of his daughters, Gianna Bryant, were among the nine people that were killed in a tragic and fatal helicopter crash in Calabasas, California. Bryant was only 41 years old, and the recently retired professional basketball player was one of the greatest all-time players in the National Basketball Association (NBA).

Kobe and Gianna Bryant were on their way to her youth basketball game that Sunday when the helicopter crashed killing everyone on board. Gianna was only 13 years old, unfortunately. Currently the cause of the helicopter crash is still unknown. Federal investigators are actively investigating the crash as well as trying to figure out what caused the horrible tragedy. Mechanical failure is a possible cause of the crash. 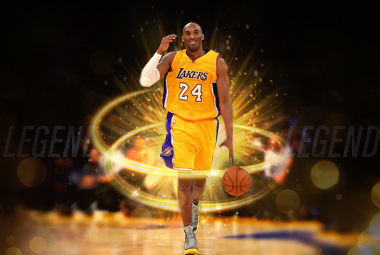 The pilot, Ara Zobayan, was very experienced and often flew high profile customers such as Kylie Jenner and Kawhi Leonard. The flight took off from Orange County where skies were clear at takeoff, but the helicopter flew through heavy clouds and thick fog shortly after takeoff. Even the Los Angeles Police Department grounded their fleet of helicopters due to the visibility concerns caused by the immense clouds and fog.

The helicopter fell at a rate of 23 miles per hour prior to slamming into a hillside in a high energy impact crash according to the N.T.S.B. Radar data indicated that the helicopter was traveling forward at the high rate of speed of 152 miles per hour just before it crashed. The helicopter slammed into that hillside at 1085 feet, after climbing up to 2300 feet. It may have missed clearing the top of the hill by only 20 to 30 feet!

The aircraft that crashed did not have a key warning system. This system is designed to warn the pilot if they are getting too close to the ground which may or may not have helped in this situation. The helicopter company involved in this crash did not have certification to fly in poor visibility. The luxury helicopter that crashed was considered and had a reputation for being an extremely safe aircraft. More details will be released once the Federal investigation has been completed.

Bryant is known as one of the best NBA players of all time. He had the reputation for being one of the hardest competitors which most likely came from following Michael Jordan and his illustrious career. He played hard and with purpose, and he didn’t just score at will but played aggressive defense as well. Bryant was a five time NBA champion and will be remembered as a legend of the game. R.I.P.

"She was an amazing mother," says her husband, Matt Mauser. "Our kids are amazing, they're bright, they're engaged, they engage in conversation, all that because of their mom. So I just, just try, I just want people to know how amazing my wife was."

Matt Mauser stated to his wife, "Christina, you're doing something that, you know, no other person in the world is doing. You're coaching basketball with Kobe, and I'm so proud of you."

Riley Chester, Payton's brother, posted on Instagram: "Rest in Peace to the most amazing Mother and sister. I love you Pay Pay and Mom RIP."

"Everyone is in shock," a team source for the Los Angeles Lakers expressed.

"It's another guy that I looked up to when I was in grade school and high school," LeBron James proclaimed. "Seeing him come straight out of high school, he is someone that I used as inspiration. It was like, wow. Seeing a kid, 17 years old, come into the NBA and trying to make an impact on a franchise, I used it as motivation. He helped me before he even knew of me because of what he was able to do. So just to be able to, at this point of my career, to share the same jersey that he wore, be with this historical franchise and just represent the purple and gold, it's very humbling, and it's dope. 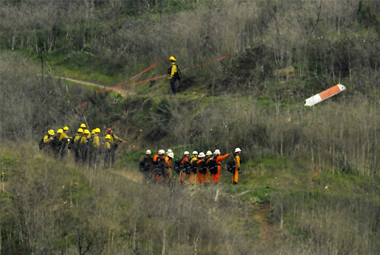 "Kobe's a legend. That's for damn sure."

Shaquille O'Neal, who won three titles with Bryant in Los Angeles, posted on Instagram: "There are no words to express the pain I'm going through now with this tragic and sad moment of loosing my neice Gigi & my friend, my brother, my partner in winning championships, my dude and my homie. I love you and you will be missed. My condolences goes out to the Bryant family and the families of the other passengers on board. IM SICK RIGHT NOW !!"

"The NBA family is devastated by the tragic passing of Kobe Bryant and his daughter, Gianna," NBA commissioner Adam Silver explained. "For 20 seasons, Kobe showed us what is possible when remarkable talent blends with an absolute devotion to winning. He was one of the most extraordinary players in the history of our game with accomplishments that are legendary: five NBA championships, an NBA MVP award, 18 NBA All-Star selections, and two Olympic gold medals. But he will be remembered most for inspiring people around the world to pick up a basketball and compete to the very best of their ability. He was generous with the wisdom he acquired and saw it as his mission to share it with future generations of players, taking special delight in passing down his love of the game to Gianna.

"We send our heartfelt condolences to his wife, Vanessa, and their family, the Lakers organization and the entire sports world."

"He knows how much I've learned from him," says Bryant of Michael Jordan in 2014, "from the other legends and him in particular."

"I am in shock over the tragic news of Kobe's and Gianna's passing," Jordan goes on to say. "Words can't describe the pain I'm feeling. I loved Kobe -- he was like a little brother to me. We used to talk often, and I will miss those conversations very much. He was a fierce competitor, one [of] the greats of the game and a creative force. Kobe was also an amazing dad who loved his family deeply -- and took great pride in his daughter's love for the game of basketball. Yvette [Prieto, Jordan's wife] joins me in sending my deepest condolences to Vanessa, the Lakers organization and basketball fans around the world."

Phil Jackson said, "The crash was a tragedy for multiple families. My heart goes out to Vanessa and the families that lost loved ones. Kobe was a chosen one -- special in many ways to many people. Our relationship as coach/player transcended the norm. He went beyond the veil."

Earvin Magic Johnson Tweets: “As I try to write this post, my mind is racing. I’m in disbelief and have been crying all morning over this devastating news that Kobe and his young daughter, Gigi have passed away in a helicopter crash. Cookie and I are heartbroken.”

Bryant explained the sexual assault case from his past by saying, "(She) did not and does not view this incident the same way I did."

"He took a chance on me, kept me the whole summer," McNeil explained. "Him taking that chance on me, having me on his team, got me drafted."

On January 26, 2020, Colin Storm was in his living room in Calabasas when he heard, "What sounded like a low-flying airplane or helicopter."

"It was very foggy, so we couldn't see anything," says Storm. "But then we heard some sputtering and then a boom."

“What We Know About the Helicopter Crash That Killed Kobe Bryant”, nytimes.com, January 31, 2020.