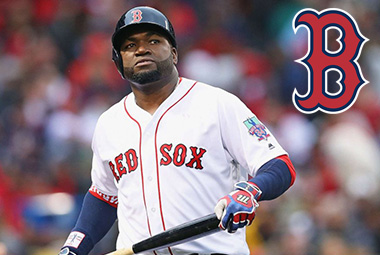 “This game is so important here in America and around the world. Thank you for all the support you have given baseball as a sport, so that it continues to be part of our culture and part of the heart of all the fans worldwide,” David Ortiz said.

“We have a world with millions of people who are disadvantaged, oppressed, wake up daily to pain and suffering. I was able to live -- and still am -- a comfortable life for over 83 - years. I had great parents. I grew up in a great community, Zeeland, Michigan, and I was gifted with the ability to play baseball. And I’m grateful for that,” Jim Kaat said.

Cooperstown is known incorrectly but everlastingly as the “birthplace of baseball.” Yet, Bud Fowler, who was actually born John W. Jackson, is surprisingly the very first Baseball Hall of Fame inductee who originally comes from Cooperstown, New York. Fowler played pitcher, catcher, the infield, the outfield, and he was a manager all in the Negro Leagues. He debuted in the Negro Leagues in 1895 for the Page Fence Giants, and Bud’s last appearance was in 1898 for the Cuban Giants.

Fowler’s induction partners, appropriately, with the Baseball Hall of Fame’s recent unmasking of a two - year project in order to create a permanent exhibit on Black - baseball and a more in depth look into the Negro Leagues of American baseball.

Bud is believed to have been the very 1st - black player to integrate in to white professional baseball leagues as he debuted in the International Association way back in the year of 1878.

Due to him dealing with extremely aggressive and rampant racism was the driving force that bounced Fowler from team to team until the color barrier which became more explicit and ultimately relegated him to all - black ball clubs, but Bud was a visionary who imagined the notion of the Negro Leagues decades before they were actually formed.

“There’s an unmistakable line you can follow from Bud Fowler to Andrew Rube Foster, who created the Negro Leagues in 1920, to Jackie Robinson in 1947 and through the other inductees we celebrate here today. So, I ask -- or I suggest -- that you remember Bud Fowler in a broad context, not just as a pioneering African - American professional baseball player. Remember him as a skilled athlete who endured obstacles that are hard to imagine today, as an early force in integrating the game and as a visionary who attempted to create a league of their own when the roadblocks of his time were present,” Dave Winfield said. 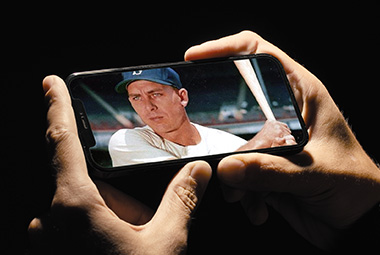 Gil Hodges came out of Princeton, Indiana, and he played first base as well as becoming a major league manager later on during the course of his Major League Baseball career. Hodges played for the Brooklyn Dodgers / Los Angeles Dodgers in 1943 and from 1947 - 1961, and with the New York Mets from 1962 - 1963.

“Fifty years ago, not only did the Mets and Dodgers lose one of their heroes, we lost a husband and a father. Our greatest gift, although my father’s life was cut so short, was his influence on those around him. Nothing was more important to my dad than giving Jackie all of his support. We were like family with the Robinsons. Jackie’s kids played in our house; we played in theirs. … My dad had an open heart for Jackie. They were close until the day my dad passed. On the day of my father’s funeral, Jackie cried uncontrollably, saying, ‘Next to my son’s death, this is the worst day of my life,’” Gil Hodge’s daughter, Irene Hodges, said.

“While Minnie’s been inducted to other esteemed Halls of Fame, including Cuba and the Dominican Republic, it would have meant the world to Minnie to see this day and be here himself. As a dark - skinned Afro - Latino in the height of segregation, he knew of the racial and cultural challenges that he would endure coming to the United States. He tolerated them so he could play professional baseball and fulfill his own American dream. Little did he know as a pioneer that he was opening doors for countless others behind him, some of whom sit proudly on this stage. Today’s honor bestowed upon Minnie is most appropriate not only as a Hall of Fame player, but Minnie was always a gentleman and Hall of Fame person off the field and in the community,” Minnie Miñoso’s widow, Sharon Rice - Miñoso, said.

Buck O’Neil came out of Carrabelle, Florida, and he played first base for the majority of the course of his Major League Baseball career. O’Neil debuted for the Memphis Red Sox of the Negro Leagues in 1937, and his last baseball appearance as a player was with the historic and legendary Kansas City Monarchs of the Negro Leagues back in 1955. Buck finished his baseball career with a batting average of .258, with 342 - hits, 9 - home runs, and 175 - RBIs.

“We applaud the committee for not subjectively limiting their interpretation of an exceptional career in baseball to a singular focus on statistics. In other words, expanding their view to include the totality of one’s work in baseball. For those of us who knew Uncle John, can’t you hear him excitedly voicing one of his favorite phrases, ‘Man oh man, nothing could be better!’ Our Uncle John was a man for all seasons, whose core was brotherly love,” Buck O’Neil’s niece, Dr. Angela Terry, said.