On Monday, November 29th, 2021 the free agent superstar veteran right – handed starting pitcher, Max Scherzer, has agreed to the terms on a 3 – year contract with the New York Mets worth up to $130 million. This new deal includes a player option following the 2nd – season of this enormous Major League Baseball contract. 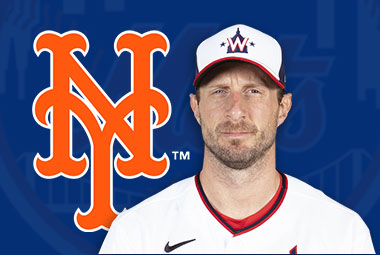 Scherzer will now earn an annual average salary of $43.33 million per year beginning in 2022. This new agreement is a record – setting MLB contract for Max, as he now has surpassed the $36 million / season that Gerrit Cole of the New York Yankees previously held after Cole signed a 9 – year $324 million contract with the NY Yankees back in 2009.

That is straight up amazing, one hell of a resume, and not many professional baseball players even dream of achieving half of that. Max Scherzer has tied the all - time MLB record for reaching 250 - strikeouts in 5 - straight seasons. Chris Sale of the 2018 World Series champion and recently resurgent Boston Red Sox is Scherzer’s counterpart in the American League. He pitches with the same intensity, and he just climbed the 2,000 - career strikeout ladder joining Max as one of the game’s elite pitchers in this era of baseball.

The Amazing Starting Pitching Rotation for the 2022 New York Mets

According to the sources at ESPN, “After seeing starters Noah Syndergaard and Steven Matz sign with other clubs in the past two weeks, new owner Steve Cohen wasn't going to be denied one of the best pitchers available in Scherzer. Scherzer joins a Mets rotation fronted by two - time National League Cy Young Award winner Jacob deGrom, who didn't pitch after July 7 last season because of concerns with his elbow -- although a late-season MRI showed that his elbow was healthy. Scherzer, a three-time Cy Young Award winner, was among the preeminent pitchers of the 2010s -- along with Justin Verlander and Clayton Kershaw -- and has rolled his dominance into the 2020s.”

Besides Max Scherzer and Jacob deGrom, the new look New York Mets’ starting pitching rotation will also feature the pitchers including Carlos Carrasco, Taijuan Walker, and David Peterson. Hopefully this will be enough fire power from the mound for the New York Mets to compete with their National League East divisional rival as well as defending World Series champion Atlanta Braves.

“NY Mets starting rotation: What it looks like with Max Scherzer and Jacob deGrom”, northjersey.com, November 29, 2021.