On Tuesday, August 17th, 2021 the Philadelphia 76ers have announced that they reached terms to agree on a veteran super – max 4 – year contract extension worth up to $196 million with their superstar center / power forward and 4 – time NBA All – Star, Joel Embiid. This was a very wise decision by the Philadelphia 76ers as they should build their team of the future around Embiid, but they should also make other moves to give him the pieces to contend for an NBA title in the near future. The Philadelphia Sixers should trade Ben Simmons so that they can get some decent trade value and quality successful and consistent players for Ben in the open market of the National Basketball Association. 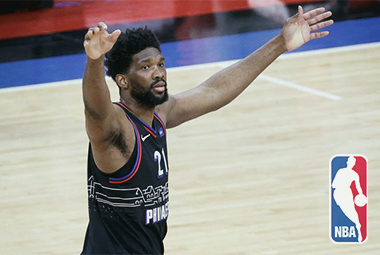 This new super – max 4 – year contract extension between Embiid and the Philadelphia 76ers is for a total of approximately $195,921,600, and although the contract details have not been publicly disclosed, I have got my hands on some valuable news regarding this deal. This contract is fully guaranteed, and it contains a player option for the last year of the agreement (20216 – 2027 NBA season).

There is no signing bonus or any incentives contributed to this new contract extension between Joel and the Philadelphia 76ers that is known to the public as of now, but Embiid will average an annual salary of $48,980,400 over the life of the contract extension spanning from the 2023 – 2024 NBA season until the 2026 – 2027 NBA season assuming that Joel elects to exercise his fourth – year player option. Embiid is now scheduled to become an unrestricted free agent once again in the year 2027.

The 7 – foot 0 -inch and 280 – pound center / power forward of the Philadelphia 76ers was born on March 16th, 1994 in Yaounde, Cameroon. Embiid played his high school basketball at Montverde Academy located in Montverde, Florida. Joel decided to enroll at the University of Kansas to play his NCAA college basketball career with the Kansas Jayhawks. 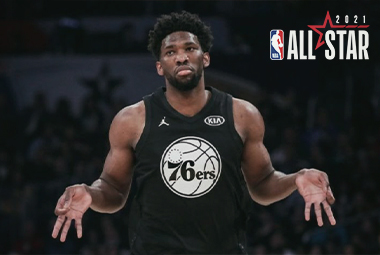 “There’s no place like PHILADELPHIA!!!” Joel Embiid emphatically stated on social media following the announcement of his latest contract extension with the Philadelphia 76ers. “Excited to continue working towards bringing a title home and eventually retire here #PHILLY.”

“Joel is the definition of elite — a role model in our community and a true MVP-caliber superstar on the court,” the Philadelphia 76ers’managing partner, Josh Harris, explained in a statement to the sports media world. “Since he was drafted in 2014, his rare blend of skills, charisma and leadership has transformed this franchise. We couldn’t be more grateful and excited to continue watching him in a 76ers uniform.”

“Joel Embiid signs super-max extension, keeping franchise center with the Sixers for foreseeable future: The four-year, $196 million deal would lock up Embiid through the 2026-27 season and is fully guaranteed.”, Cole Damichael, inquirer.com, August 17, 2021.