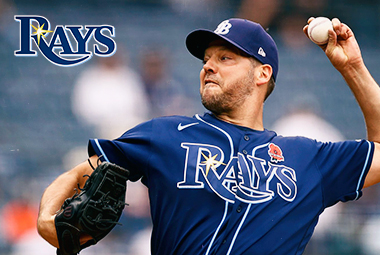 Currently the New York Mets have been placing their ace starting pitcher in Jacob deGrom on and off the injured list as well as their left – handed pitching specialist, David Peterson. The New York Mets have also been playing without Carlos Carrasco as well as Noah Syndergaard for the majority of this year as they are both trying to work their way back in to the New York Mets’ starting pitching rotation after suffering severe injuries and ailments. With the new addition of Hill on the mound for the New York Mets they are planning on staying in first place in the highly competitive National League East division this year, and hopefully winning their division heading in to the upcoming 2021 Major League Baseball playoffs.

Two Trades in Two Days for the Tampa Bay Rays

It seems as if the small – market Tampa Bay Rays will not go away quietly. They made it all the way to the 2020 MLB World Series last year, and they plan on getting back there this year no matter what it takes including risky trades and other gambles that they have been relying on lately.

The Reason for Rich Hill Trade

The Tampa Bay Rays were simply making room for a couple of starting pitchers that they have a lot of faith in including the 21 – year – old Luis Patino as well as the former MLB All – Star Chris Archer. Archer is returning to the Tampa Bay Rays’ starting pitching rotation after rehabbing from right forearm tightness, and the right – handed relief pitcher, Luis Patino, will be looking to help the Tampa Bay Rays contend for another American League pennant during the remainder of the 2021 Major League Baseball season.

Hopefully Hill’s experience and pitching expertise can help the young and gritty New York Mets make their way through a long and successful 2021 MLB postseason run. The 41 – year – old crafty veteran has recorded an overall record of 6 and 4 with an earned run average of 3.87 throughout the course of his 19 starts for the Tampa Bay Rays during the 2021 Major League Baseball season. 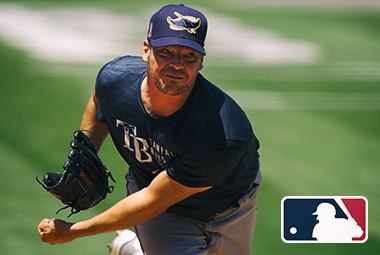 "I think a lot of people in the game know the name -- guy that's been around, pitching good baseball, pitching playoff baseball,'' the New York Mets’ manager, Luis Rojas, explained to the sports media world regarding the trade in which they acquired the crafty left – hander, Rich Hill. "It's a great fit, great acquisition. Our front office is being diligent. One of the needs we've talked about is our starting pitching need and this is a guy that fits right in.''

"There is a commitment to Chris (Archer), as long as he fulfills his side, to be here in August,'' says the Tampa Bay Rays’ general manager, Erik Neander. "We think the world of Rich, but this gives us the chance to balance our lineup.''