On Thursday, July 15th, 2021 the Atlanta Braves have acquired the veteran outfielder and reigning Major League Baseball World Series champion, Joc Pederson, from the Chicago Cubs in a trade the two teams announced. In exchange for the for Pederson the Chicago Cubs received Bryce Ball, a prospect that plays first base in the minor leagues at the moment. 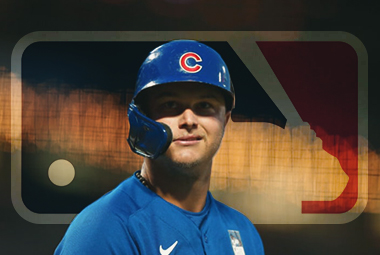 The 29 – year – old Pederson has accumulated 11 home runs and an OPS of .718 in the 73 games that Joc has played for the Chicago Cubs during the 2021 MLB season. Over the last Major League Baseball offseason, the Chicago Cubs signed the former Los Angeles Dodgers’ outfielder to a 1 – year contract worth approximately $4.5 million. That deal included a $10 million mutual option as well as a $2.5 million buyout.

This agreement comes about a week or so after the Atlanta Braves young and explosive superstar outfielder, Ronald Acuna Jr., tore his ACL in his right knee just several days ago in a game. Acuna Jr. will be sidelined for at least the remainder of the 2021 MLB season and possibly into next year too.

The focused and dangerous Atlanta Braves begin the second half of the 2021 Major League Baseball season only 4 games behind the first – place New York Mets in the National League East division on the MLB. The Braves are just one game under .500 at the moment. The Atlanta Braves have been dealing with an extraordinary number of serious injuries throughout the first half of the year as the torn ACL to Acuna Jr. is just their latest setback of this troubling season for Atlanta who many are saying have been underperforming throughout the first half of the 2021 MLB season.

The Chicago Cubs are Sellers Trying to Rebuild

On the other hand, the Chicago Cubs are just starting to subtract from their third - place in the National League Central team roster in an attempt to rebuild. The Chicago Cubs currently possess a wide variety of ball players on their team right now that are set to hit the free agent market after this season ends so look for the Chicago Cubs to make even more trades for young and talented prospects prior to the July 30th, 2021 MLB trade deadline. Some of their other notable soon to be free agents include outstanding baseball players such as first baseman Anthony Rizzo, their third baseman / outfielder / first baseman Kris Bryant, their shortstop Javier Baez, and the closing relief pitcher Craig Kimbrel.

Bryce Ball was originally a 24th – round draft pick for the Atlanta Braves back in the 2019 Major League Baseball draft. He has compiled an on base percentage of .377 over the 2 professional baseball seasons that Ball has spent in the minor leagues. According to ESPN's Kiley McDaniel Bryce is a solid prospect that exhibits "huge exit velocities" but Bryce has some issues with making contact at times and is prone to striking out a lot. Hopefully for the Chicago Cubs Ball will turn out to be a dependable and productive member of the big – league ball club in the near future.

According to Bovada sportsbook below are the odds to win the MLB 2021 World Series as of Thursday, July 15th, 2021. Currently the Atlanta Braves have the overall 13th highest odds to win it all for this exciting 162 game regular season of Major League Baseball in addition to the 2021 MLB playoffs.