Earlier this week the MLB All – Star right – handed starting pitcher that began his Major League Baseball career with the Tampa Bay Rays, Chris Archer, has decided to rejoin his former team as he signed a 1 – year contract with the Tampa Bay Rays worth $6.5 million. Archer is looking to revive his once electric big – league career after a rocky past several years with the Pittsburgh Pirates in which he struggled on the mound, and he missed the entire COVID – 19 pandemic shortened 2020 MLB season due to surgery. 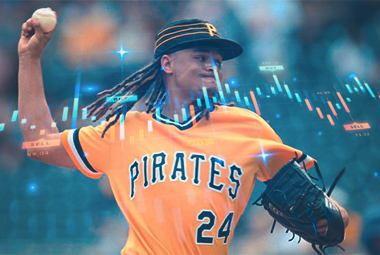 Traded to the Pittsburgh Pirates

Chris was an ace starting pitcher for the Tampa Bay Rays from 2012 to 2018 before being traded to the Pittsburgh Pirates on July 31st, 2018 in exchange for Tyler Glasnow, Austin Meadows, and a player to be named later who ended up being Shane Baz. He never really found himself comfortable in Pittsburgh while throwing for the Pirates.

Archer was average at best for the remainder of the 2018 MLB season. In 2019 Chris posted a dismal record of 3 wins and 9 losses to go along with his MLB career worst earned run average (ERA) of 5.19 as well as earning a 5 – game suspension for intentionally throwing at an opposing batter. Then last year he was forced to miss the entire 2020 Major League Baseball season in order to recover and rehabilitate from surgery https://wizardofvegas.com/articles/chris-archer-out-until-2021/ to relieve his symptoms of neurogenic thoracic outlet syndrome.

The Pirates declined Archer’s club option for the upcoming 2021 MLB season resulting in Chris becoming an unrestricted free agent. Chris wisely decided to rejoin the Tampa Bay Rays where he has pitched at his all – time best. Not to mention the Tampa Bay Rays made it all the way to the 2020 MLB World Series last year only to lose to the heavily favored Los Angeles Dodgers in 6 games.

According to Intertops sportsbook below are the odds to win the MLB 2021 World Series as of Thursday, February 25th, 2021.