On Thursday, October 21st, 2021 the Los Angeles Dodgers faced – off against the Atlanta Braves from Dodger Stadium located in Los Angeles, California in game 5 of the National League Championship Series (NLCS). The winner of this best - of - 7 - series punches their ticket to the 2021 MLB World Series. 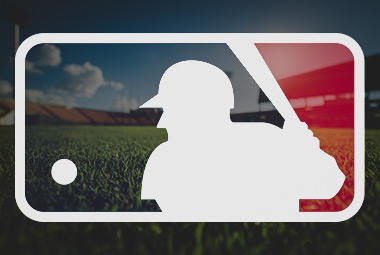 Then in the bottom of the 2nd - inning A. J. Pollock homered to left field to bring the score to 2 – 1. This was immediately followed by the Los Angeles Dodgers’ utility veteran outfielder / infielder, Chris Taylor, put his nuts on the line as he homered to left as well to bring the score of the game to 3 to 2 in favor of the LA Dodgers, and the Dodgers never looked back.

Taylor continued his dominating performance by hitting a single to center during the bottom of the 3rd – inning scoring Pollock which was good for his third RBI of the contest. The score was now 4 to 2 with the Dodgers in the lead. Then again in the fifth – inning of play from Dodger Stadium Taylor homered once again this time to center field on a 415 – foot no doubter. This pushed the score to 6 to 2 in favor of Los Angeles.

Chris Taylor’s game was far from over as he hit another unbelievable home run in the bottom of the 7th – inning of this elimination game to put the Dodgers up 7 to 2 over the Braves. This was good for Taylor’s 6th RBI of the game and his 3rd home run of the game last Thursday night. Chris went 4 for 5 at the dish boosting his batting average to an amazing as well as unpredictable .529 during the 2021 MLB postseason.

Finally, to cap the scoring od this game in the bottom of the 8th – inning Trea Turner drove in Mookie Betts on a single, followed by a blast by A. J. Pollock whose home run to left – center field pushing the score to 11 to 2 in favor of the Los Angeles Dodgers who went on to easily win Game 5 of the NLCS.

Now as both ball clubs head back to Atlanta for the next two baseball games of this best – of – 7 – series to unwind (game 7 if necessary). The Atlanta Braves are up in this spectacular series 3 games to 2 games over the Los Angeles Dodgers who have seemed to have stolen all the momentum in the NLCS.

The Atlanta Braves just need to win one of the upcoming two ball games in order to advance to the 2021 Major League Baseball World Series against the winner of the ALCS between the Boston Red Sox and the Houston Texans. The Houston Texans currently hold a 3 to 2 game lead in that series.

“We needed to make a statement. They put it on us yesterday. We had to respond,” the Los Angeles Dodgers’ veteran utility left fielder, Chris Taylor, expressed. “First time I’ve ever done it,” Taylor goes on to say. “It’s kind of surreal. I never look cool doing anything.