The New York Mets have officially announced that their former player, Carlos Beltran, will be the next manager of their Major League Baseball team. Although he has no coaching experience at the major league level of professional baseball the Mets believe he is the right man for the job. 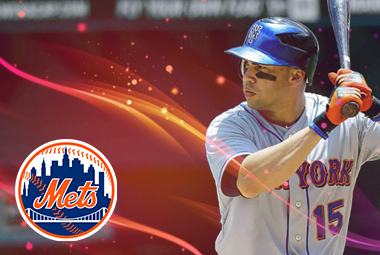 "At the beginning, it's a little bit overwhelming. There's a lot of information that you have to digest," says Beltran. "Being a player and being able to play this game for such a long time, I have seen a lot, and I have seen the importance of what players need in the clubhouse."

"Congratulations to Carlos. We are thrilled, as we know our passionate fans will be, to have him back in the family," New York Mets COO, Jeff Wilpon, stated. "Thanks to Brodie and the entire baseball operations staff on this expansive, diverse and collaborative managerial search process."

"When you're a manager, literally, your GM has to be your best friend," Beltran explained.

"It was important for all of us in the ownership group and the baseball operations department to feel like we could exhale when we walked into the manager's office," says New York Mets general manager Brodie Van Wagenen. "We didn't want to inhale in anticipation of conversations.

"My time one-on-one with Carlos was really the key in terms of my comfortability," Van Wagenen stated.

"I went to the Yankees' organization willing to learn," says Beltran.

"I like to call it information," Beltran expressed. "It's going to be a collaboration."

"I do need experience, and there's no doubt about that," says Beltran. "We are reaching out. We're going to reach out to coaches that have experience, but most importantly, I don't want to bring names, I want to bring guys that are passionate."

"We're going to be creative with the roster," Van Wagenen explained.