The 2019 MLB All Star break took place at Progressive Field in Cleveland, Ohio. The Home Run Derby was on Monday, July 8th, 2019, and was loaded with young sluggers who put on quite a show. 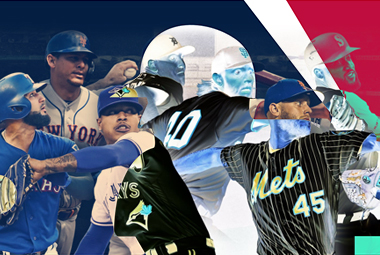 Format of the Contest

The MLB participants included Pete Alonso of the New York Mets, Joc Pederson of the Los Angeles Dodgers, Vladimir Guerrero Jr. of the Toronto Blue Jays, Matt Chapman of the Oakland A’s, Alex Bregman of the Houston Astros, Josh Bell of the Pittsburgh Pirates, Ronald Acuna Jr. of the Atlanta Braves, and Carlos Santana of the Cleveland Indians.

Third and Final Round:

Most Dramatic Part of the Home Run Derby

By far, the most entertaining moment of the night came during the second round of the Home Run Derby. Joc Pederson of the Los Angeles Dodgers faced off against Vladimir Guerrero Jr. of the Toronto Blue Jays. During their 4 minute and 30 seconds of time allotted to swing away as both contestants got the 30 second bonus for hitting 2 or more home runs over 440 feet, they each ended with 29 home runs.

This caused them to enter the one minute tie breaker against each other. They both coincidentally hit 8 home runs tying each other again with a total of 37 home runs during this round. They each got three swings with both of them hitting one more home run. With them both being at 38 home runs each they entered a third tie breaker of three more swings each. Joc Pederson hit one more

(39) while Vladimir Guerrero Jr. hit two more (40) to win that round and move on to face Alonso in the finals of the 2019 Home Run Derby. 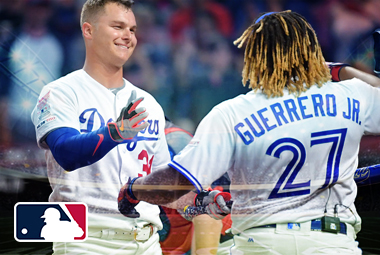 Although Alonso won the Home Run Derby, he definitely did not put on the best show. In fact, he didn’t even put on the second best performance of the night. Vladimir Guerrero Jr. should have won the home run derby as he put up an unbelievable 91 home runs throughout the event. He was too tired to truly compete in the final round of the tournament.

Alonso had a total of 57 home runs, and he always went second as well so he always knew the number of dingers to hit in order to move on. Guerrero Jr. also hit the longest homer if the derby with a 488 foot bomb. It was a fun contest to watch regardless if the best performer won or not. This should only help the MLB as they are struggling to put fans in the seats like they used to. I’m sure the sports betting world enjoyed this part of the mid summer classic.

"That was a blast. Oh my god, that was a blast," says Alonso at the conclusion of the event. "I'm gonna remember that for the rest of my life."

"I have the utmost respect for the people that put their lives on the line every single day -- and I just wanna show my gratitude, because a bad day for me is a lot different than a bad day for the servicemen and women that serve this country," HE ADDED as he planned on donating 10% of his million dollar winnings to charities supporting the troops.