The New York Mets made the decision to go ahead and fire their manager, Mickey Callaway, after two disappointing MLB seasons. This past year the Mets went 86-76, and they missed the Major League Baseball postseason once again. 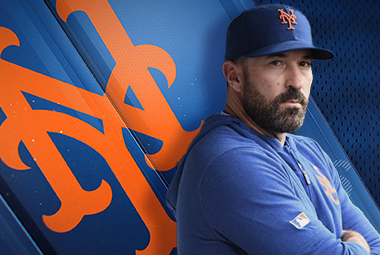 The Mets join the Chicago Cubs, Anaheim Angels, San Francisco Giants, San Diego Padres, Pittsburgh Pirates, and the Kansas City Royals that have all went in different directions with their former managers and are looking for the next head coach of their franchise.

Callaway was hired by the NY Mets in 2017. Prior to that Callaway was the pitching coach for the Cleveland Indians. The previous season to Callaway taking control was a 70-win season for the Mets under Terry Collins.

NY started well with Callaway at the helm winning the 11 of the first 12 games during his first year as their manager, but thing went downhill fast as injuries especially to their pitching staff seemed to be detrimental to the Met’s performance. The Mets ended up going 77 and 85 throughout the 2018 MLB season.

I thought they should have given Callaway one more season as the Mets seemed to have picked up steam and starting playing great during the second half of the 2019 MLB regular season. Another team may like to give him a chance as a lot of other organizations are searching for a new manager.

"I feel unfulfilled. I feel we left some games on the field that we should have won, and we didn't fulfill what we really had as a goal, which was get to the postseason," says chief operating officer, Jeff Wilpon. "We're not playing October baseball, and that's what it's about."

"We want to thank Mickey for his consistent work ethic and dedication over the last two seasons and I'm certain these characteristics will serve him well in his next opportunity," the New York Mets general manager, Van Wagenen, explained. "A decision like this is never easy, however, we believe it is in the best interest of the franchise at this time."

"I put my heart and soul into this team, into this game, every single day, and I believe in those players," Callaway stated. "I make unpopular decisions every day, whether it's unpopular to you guys or the players. And every decision I make is going to be unpopular to somebody. But I make decisions based on trying to win games and trying to keep these guys motivated to win as many games as they possibly can. And I think that in the end when you look back on it, our players played hard and continue to play hard for a reason. And I'm proud of that."

"There's conversations that I've had with players that I'd like to have another chance at, but I learned from them," says Callaway. "There's all kinds of things that you look back on and you try to self-reflect on and want to improve upon."