On Wednesday, February 23rd, 2022 the New York Knicks and their superstar point guard, Kemba Walker, have agreed that and announced that the 4 - time NBA All - Star will be shut down for the rest of the 2021 - 2022 NBA season in order to allow Walker to work out and get back to 100 % health in preparation for the 2022 - 2023 season of the National Basketball Association. 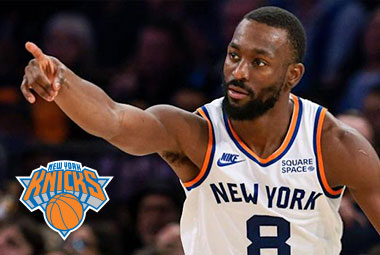 The New York Knicks’ president of basketball operations Leon Rose stated, "We fully support Kemba's decision to shut it down for the remainder of the season and use this time to prepare for next season. His long - term success on the court remains our priority."

The 31 - year - old Kemba recently signed a 2 - year contract with the New York Knicks following an August of 2021 buyout deal involving the Oklahoma City Thunder, but the partnership eventually turn out to be burdened with various starts and stops for Walker that finally steered towards the New York Knicks organization collaborating with Kemba’s agents, Jeff Schwartz and Javon Phillips of Excel Sports, on a strategy for Walker and the rest of the New York Knicks' remaining 23 - regular - season basketball games.

Kemba’s current contract will be expiring this summer, and that will provide an opportunity for the New York Knicks and Schwartz to look into possible trade scenarios during the 2022 NBA offseason.

At the moment the New York Knicks are expecting the return of their veteran NBA point guard, Derrick Rose, to their active team roster and Rose should be back in the New York Knicks line - up pretty soon following Derrick’s absence from the team over the past 2 – months due to his recent ankle injury and ankle surgery.

Walker has been continuously in and out of the New York Knicks' line - up due to chronic knee soreness during January of 2022, and during that time Kemba was averaging only 8 - points per game over 22 – minutes per game in February of 2022 right before the NBA All - Star break as the New York Knicks managed to lose 7 out of 8 basketball games.