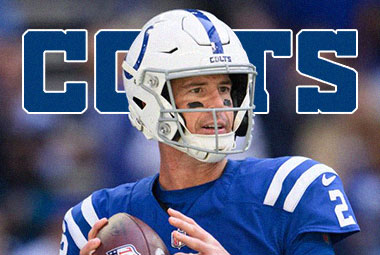 Ryan is now a crusty 37 - year - old and an NFL veteran quarterback of 15 - long years, manages to throw 2 - costly interceptions during the Indianapolis Colts' 19 to 10 loss to the Tennessee Titans last weekend. The first - pick Ryan tossed just so happened to be returned for a touchdown by Andrew Adams.

The Football Background of Sam Ehlinger

Ehlinger is now a 24 - year - old quarterback in his second year of playing football in an offensive system of an NFL team in the Indianapolis Colts primarily as a back - up quarterback or practice squad participant. Two weeks ago, Sam was promoted by the Colts to the number - 2 quarterback for Indianapolis over the former Super Bowl MVP in Nick Foles.

Now that the former 6th - round pick of the 2021 NFL Draft, Ehlinger will make the huge step forward to the Indianapolis Colts number - 1 quarterback option moving forward. Although Sam is yet to throw a pass in a regular season game of the National Football League, the Indianapolis Colts prefer his mobility and ability to pick up yards on ground through his quick feet as opposed to Ryan’s pure pocket passing style of quarterbacking an NFL offense.

"I've been particularly impressed with Sam in practice since the season started, the look that he's given on the scout team, the quality of his throws, the way he's commanding himself out there. Just the total package. I just think it's the best decision for our team moving forward,” the head coach of the Indianapolis Colts, Frank Reich explained. “This is a point that needs to be made crystal clear, and I told this to Matt. I said, 'Matt, we did not hold up our end of the bargain. You came here and we promised you a top NFL rushing game and we promised you great protection. And we haven't as an offense delivered on that. And that starts with me.' That was basically my message to Matt."

"We thought the marriage of Matt Ryan and his history with our running game, he's had 14 - years of incredibly productive quarterback play with great play - action. So, we thought there was going to be a natural marriage there. Given our crazy quarterback scenarios over the last five - years, it wasn't a move of desperation. It was a well - thought - out [decision]. His vote is always going to carry [more weight]," Reich goes on to say. "He might lead the way in some certain ways, but it's really owner, GM and head coach talking through a decision of this magnitude."