On Wednesday, March 9th, 2022 the Indianapolis Colts have agreed to trade their rollercoaster quarterback, Carson Wentz, to the Washington Commanders in exchange for an extensive draft package that was presented back to Indy for Wentz. 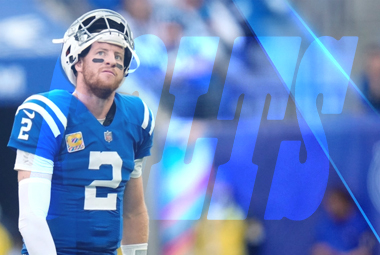 According to sources the Washington Commanders will end up paying the full $28 million due to Carson for the 2022 - 2023 NFL season. That includes a $5 million roster bonus that is due to Wentz by next week.

Since the 2016 – 2017 season of the National Football League, the Indianapolis Colts have been through 5 different Week 1 starting quarterbacks, and the Colts are tied with the Washington Commanders and the Denver Broncos for most in the NFL over that time span. The Indianapolis Colts were a terrible 0 and 6 in the opening week of the NFL regular season throughout the past 6 - years.

This new NFL blockbuster trade comes just 1 - week after the Washington Commanders general manager, Martin Mayhew, explained that their NFL franchise has "canvassed the league effectively" in order to find their next starting quarterback. The Washington Commanders have started 32 - quarterbacks since they won their last Super Bowl which was after the 1991 – 1992 season of the National Football League. That includes 8 QB’s over the last 3 - years.

Last season Taylor Heinicke compiled an overall record of 7 and 8 as the starting quarterback for the Washington Football Team. Heinicke threw for 3,419 - passing yards, 20 - touchdown passes, and 15 - interceptions.

"I'd like to quit Band - Aiding it," the Indianapolis Colts general manager, Chris Ballard, stated. "I'd like for Carson to be the long - term answer or find somebody who will be here for the next 10 to 12 years. Sometimes it doesn't work out that way. I can dream about it, wish about it, do everything I can to figure out the solution, but you do the best with what you can do at the time."

Carson completed 59 % of his passes, tossed 2 - touchdown passes, and he had 2 - turnovers in losses to both the Las Vegas Raiders and Jacksonville Jaguars to close out the Indianapolis Colts’ last football season. Wentz threw for at least 200 - passing yards in just 2 of the final 8 - games. In the huge upset loss to the Jacksonville Jaguars in last year’s season finale, Carson recorded a career - low total QBR of 4.3.

An MVP candidate with the Philadelphia Eagles prior to tearing an ACL late during the 2017 - 2018 season of the National Football League, but Carson lost his starting QB job to Jalen Hurts during the 2020 - 2021 NFL campaign, that ultimately resulted in Wentz’s trade to the Indianapolis Colts. Carson is headed to his 3rd - franchise team over the last 3 - NFL seasons, and he will play against both of his former teams during the upcoming 2022 - 2023 NFL season.

Carson will face off against the Philadelphia Eagles 2 - times, and he will travel to Indianapolis to play the Indianapolis Colts during the next season of the National Football League.

Wentz leaving Indianapolis means that the search for a stable and consistent quarterback will continue for the Colts ever since the retirement of Andrew Luck back in August of 2019. Jacoby Brissett didn't show enough greatness to prove that he was worth the squeeze, Philip Rivers was a bridge - gap quarterback at the very end of his NFL career, and Carson failed in his only season with the Indianapolis Colts.

The Indianapolis Colts’ head coach Frank Reich will now have his 5th - starting QB in as many seasons.

Sam Ehlinger and James Morgan are the only other quarterbacks presently on the Indianapolis Colts' team roster, and neither of them have ever started a game in the National Football League.