During week - 5 of the 2022 - 2023 NFL season multiple roughing the passer penalties were called that strongly affected the outcome of games, and the National Football League clearly needs to make changes to the way their games are being officiated.

Lately these roughing the passer penalty calls are completely inappropriate to the integrity of National Football League games, and there are some definite changes to the rules or the way referees officiate the football games of today’s NFL.

I completely understand and agree with protecting the well - being of the players in the National Football League, but it is getting ridiculous to what a defensive player can do or not do when taking down a quarterback. Some major changes are needed otherwise these professional football players might as well be playing flag football which no one would even care to watch.

Defensive players around the NFL are frustrated about roughing the passer penalties, questioning what constitutes a legal hit, and those players are seriously wondering and considering how far referees will go to overly protect the quarterbacks in the league. 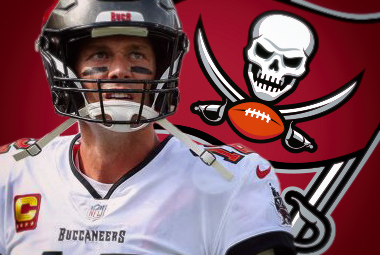 The 2 - disputed calls during last week’s NFL games that involved the controversial roughing the passer calls occurred. The 1st - poorly flagged roughing the passer penalty was called when Tom Brady of the Tampa Bay Buccaneers was sacked by Grady Jarrett at the end of the game against the Atlanta Falcons in which the Atlanta Falcons would have gotten the ball back with an opportunity of scoring a game winning touchdown. Instead, the penalty that was called resulted in the Tampa Bay Buccaneers getting an automatic 1st - down enabling them to run the clock out on the Atlanta Falcons and winning the football game.

Both of the above mentioned roughing the passer penalty calls were so weak it makes the current players, coaches, and fans of the game wondering how exactly are defensive players able to tackle the opposing quarterbacks in the NFL. The league claims that they plan to discuss roughing the passer penalty calls, but there are no changes to the game that are presently seeming imminent.

"They make it really hard for a defensive player," Los Angeles Rams linebacker, Bobby Wagner, expressed. "There's certain things you can't do in midair. I've seen some superheroes do it, but this is not the comics."

The New Orleans Saints defensive end, Cam Jordan, joked about a solution by stating, "I'll bring a blanket with me ... and I'll be able to place it before I put him on the ground ever so gently to caress and sing him a lullaby. I don't know. We'll have to deal with it just like we've dealt with it the last couple years."

"I think it's absolutely insane," the linebacker of the Jacksonville Jaguars, Josh Allen, frustratedly said. "First of all, with the Chris Jones one. It was strip sack, the ball was out, so it was a loose ball before he even took it to the ground. I think that was a stupid call. I don't know what they're protecting on that one. Landing on top of him? It's a loose ball. That one, I can't explain that one."

The Kansas City Chiefs defensive lineman, Chris Jones, was fast to suggesting making roughing the passer penalty calls being subject to video review by the referees from now on. In order for the to happen the ultimate decision must go through the National Football League's competition committee which is currently comprised of 6 - team owners / executives as well as 4 - NFL head coaches. NFL franchises may also recommend rule changes to the game that can be voted on by the owners, which would eventually require 24 - total votes in order to pass and become an official rule or rule change.

"I think that's a wise way to go because there's too much inequity with what's able to be challenged and reviewed and what's not," the owner of the Indianapolis Colts, Jim Irsay, explained. "You challenge that call in Kansas City, you win every time. It's not even close. So, I think that's the way to go. Nothing ever makes it perfect. It's a fast game, and there's emphasis put on safety now, as it should be. But you can't go overboard and ruin the game because the game is special."

One person with direct and complete knowledge of this matter revealed to the Associated Press that the NFL is not currently planning on making any rule changes in regards to this highly - debated issue. The roughing the passer topic will be discussed when NFL owners meet in New York, N. Y. next week, but the NFL does not want to be perceived as overly reactionary due to just of a few blown calls on the field last weekend. The National Football League had previously experimented with reviewing pass interference penalty calls back in 2019, and that issue seemed to go away and disappear from national conversations after just 1 - NFL season later.

"Keep protecting me as much as possible," the Cleveland Browns quarterback, Jacoby Brissett, proclaimed. "As many times I can get one, I'll take one, so I'm not going to complain about that."

"It's something where they're trying to protect the quarterbacks," says the Kansas City Chiefs superstar quarterback, Patrick Mahomes. "They're trying to find the right medium of protecting us, but at the same time letting us play football. This past week was a small window of bad roughing the passer penalties, but in the grand scheme, I think they've done a good job and they're going to get better at it."

"There's a lot of variables, I think, that go into it," the Buffalo Bills star veteran quarterback, Josh Allen, mentioned. "There's a lot of other things that are just so arbitrarily called, personal fouls, unnecessary roughness, the unsportsmanlike conducts. You can talk about holding, too. I mean, there's going to be some that are missed, and some that are called that aren't it, or they missed one here or there. And there's just a lot of variables. These refs are doing the best that they can, given the rules. ... I think you just got to let them play sometimes. It's football."

Football is a violent sport, and the high - profile quarterbacks are the highest - paid football players as well as the face of these NFL franchise for many teams. The National Football League rulebook allows referees to err on the side of caution in order to protect quarterbacks these days. That seems like it will never change moving forward, no matter what the complaints are and how opinionated people get regarding this controversial topic of discussion.

One major factor to consider involving sports betting is that these calls will continue to make a serious impact upon the public that chooses to bet on these NFL games. Obviously, be aware that the offenses and especially the quarterbacks of the National Football League will continue to be favored and aggressively protected right now. If you are on the fence about taking an over / under bet and are unsure it may be advantageous to lean towards the over. Maybe take a bet that a quarterback, offense, or other offensive player has a certain amount of statistics in their favor over gambling against that. So on and so on.