On Wednesday April 24th, 2019, the Pittsburgh Steelers finalized a 2-year contract extension with their future hall of fame quarterback, Ben Roethlisberger. The two-year agreement is worth $68 million, includes a $37.5 million signing bonus and also incorporates a $30 million injury guarantee.

There was one year and $12 million left on his last contract meaning that Big Ben will earn a total of $80 million over the next three years. Roethlisberger will now remain with the Pittsburgh Steelers through the 2021 – 2022 season most likely ending his career with the same franchise that drafted him in 2004.

Ben Roethlisberger’s last contract extension was in 2015 and secured the star players with 4-year deal worth $87.6 million. He is playing under the last year of this agreement over the upcoming NFL season. In 2008, Ben signed a 6-year extension worth just under $88 million. Roethlisberger’s rookie contract was also a 6-year deal valued at $25.2 million. Over his 15-year career he has been paid out $186,724,382. His high level of success and leadership has made him a hot commodity and worthy of all that money.

"I am grateful to the Rooneys and the Steelers organization for continuing to believe in me," Roethlisberger said in a statement. "It has always been a goal to play my entire career in Pittsburgh. This is home for me and my family, and we love this city. I am as excited to be a Steeler in year 16 as I was when they drafted me. They will get my absolute best." 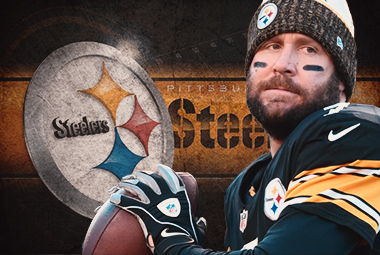