The head coach of the New England Patriots, Bill Belichick, had previously stated on multiple occasions that Newton was going to be their starting quarterback. That is why this news came as a huge surprise to so many that are following the action in the National Football League just prior to the start of the 2021 – 2022 NFL regular season which is scheduled to begin on Thursday, September 9th, 2021. The first real NFL game this year will feature the defending Super Bowl champion Tampa Bay Buccaneers hosting the Dallas Cowboys from Raymond James Stadium located in Tampa, Florida. 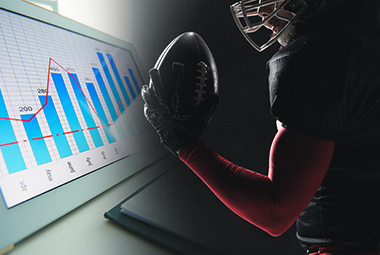 The NFL Career Statistics for Newton

At the quarterback position for both the Carolina Panthers and the New England Patriots, Newton has thrown 190 touchdowns and 118 interceptions during his NFL career. He has compiled 31,698 passing yards, a completion percentage of 60.1 %, a passer rating of 85.8, 5,398 rushing yards, and 70 rushing touchdowns throughout his decade of total playing time in the National Football League. 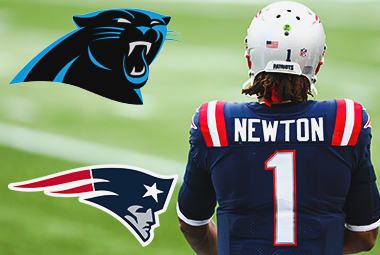 Even though Mac Jones is just a rookie in the National Football League this year, he has accomplished so much during his time playing quarterback in the NCAA for the Alabama Crimson Tide from 2017 to 2020. His college football accolades consist of being a 2 - time CFP National Champion in 2017 and 2020, Davey O’Brien Award in 2020, Johnny Unitas Golden Arm Award in 2020, Manning Award in 2020, Heisman Trophy runner - up in 2020, Consensus All - American in 2020, First - Team All - SEC in 2020, and SEC Scholar - Athlete of the Year in 2020 as well. I expect Jones to have a stellar career in the National Football League. His maturity and expectations for success this early on in his NFL career have already strongly impressed me, but only time will tell how good he really will be as a professional football player in the NFL.

After the news broke regarding the quarterback competition out of the New England Patriots’ camp, Newton went to Instagram to post this message: "I really appreciate all the love and support during this time but I must say ... please don't feel sorry for me. I'm good."

Following the New England Patriots’ final preseason game last week, Mac Jones said he was prepared to take over the starting quarterback role in New England for the Patriots but was ready for any of the possible outcomes. Jones stated, "I'm here to play any role I can play, help in any way I can, and I'm going to be ready whenever my time comes."

Jones’ veteran teammate on the offensive line, Trent Brown, explained, "I think he can be special. To be so young, I think he makes some throws that not a lot of young guys can make." With comments like that Mac has obviously earned the respect of the locker room.

The longtime captain and the longest - tenured player on the New England Patriots’ roster, Matthew Slater, exclaimed, "I think he's a great young man. Character really counts when you talk about what we do off the football field, the way we carry ourselves. The way that he commands respect of even guys like myself, older guys that been here for a while, he's earned that respect by the way that he's gone about his craft."