On Sunday, June 6th, 2021 reliable sources covering the NFL have announced the biggest blockbuster trade in the National Football League so far this 2021 NFL offseason. The Atlanta Falcons have come to an agreement to trade their 10 – year veteran superstar wide receiver, Julio Jones, to the Tennessee Titans in exchange for a couple of future draft picks. 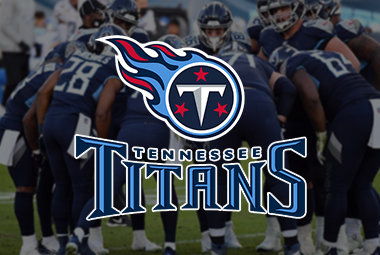 Pending Julio passing his upcoming physical examination, the Tennessee Titans have acquired Jones and a 6th round selection in the 2023 NFL draft from the Atlanta Falcons, and the Tennessee Titans will be reciprocating by sending the Atlanta Falcons their 2nd round selection in the 2022 NFL draft as well as their 4th round pick in the 2023 NFL draft. This blockbuster deal comes just several weeks after Jones made it publicly clear that he wanted to be traded from the Atlanta Falcons where he was not only drafted by, but he was their coveted number 1 wide receiver for the past decade.

The Salary Cap Concerns of the Tennessee Titans

In order for the Tennessee Titans to accommodate Jones’ large contract as well as coming in under the current salary – cap of the National Football League, the Tennessee Titans have decided to restructure some of their existing contracts with other players as opposed to having to cut players from their team roster.

This is a huge task for the Tennessee Titans as they do not want to have to let other good players go from either side of the ball in order to make room for their new star wide out in Julio Jones who commands a large portion of their 2021 – 2022 NFL salary – cap. The Tennessee Titans have not yet disclosed which players’ contracts they will be looking to restructure at the moment.

On Sunday, June 6th, 2021 the Tennessee Titans’ general manager, Jon Robinson, stated, "Excited to add Julio to the football team. He's excited to be part of what we've got going on in Nashville. It's a big day for our team. He's big, he's fast, he's tough, he's great with the ball in his hands, a willing blocker. I think a lot of things that we ask of our receivers ... get open, catch and block -- he certainly checks those boxes and has done it at a high level in the National Football League."

"Julio Jones will always be part of the Falcons story, having set numerous records and creating many great memories for all our fans, including me, since the day we drafted him," the Atlanta Falcons owner, Arthur Blank, explained in a recently released statement to the media. "He has been a fixture on our team for almost half the time I have owned the Falcons. As we both move in another direction, I'm deeply grateful for what Julio has done for our team and what he has meant to our city and, in my mind, he will always be part of the Falcons family. I wish him nothing but the best in Tennessee and throughout his life."