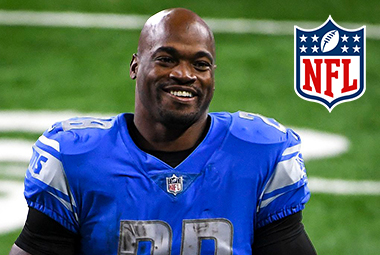 The strongest and most powerful rusher in the National Football League will miss at the very least approximately 6 weeks or so following the surgical procedure on his right foot this week. Henry may be possibly sidelined anywhere from 6 to 10 weeks while he recovers from the foot injury that he suffered last Sunday afternoon against the Colts in Lucas Oil Stadium located in Indianapolis, Indiana.

Unfortunately, Henry will not be able to help his team through the difficult match – ups coming up such as the Tennessee Titans’ road game vs. the Los Angeles Rams this Sunday, November 7th, 2021 on Sunday Night Football as well as their battle at home with the New Orleans Saints the following week on Sunday, November 14th, 2021.

The Tennessee Titans are hopeful that Derrick can possibly return sometime around the start of the 2021 – 2022 NFL playoffs if he heals up fast and is ready to go by then. Some analysts are predicting that Henry will be lost for rest of the season entirely due to this right foot injury that now requires surgery to repair.

Presently, Peterson is the 5th highest overall rusher in the history of the National Football League with 14,820 career rushing yards. The 36 – year – old running back last appeared in an NFL game last season while with the Detroit Lions. Last year with Detroit, Peterson racked up a total of 604 rushing yards and 7 touchdowns on 156 carries for the Lions which was good for 3.9 rushing yards per attempt last season.

Hopefully Adrian can help the Tennessee Titans stay tough and competitive in the AFC throughout the long absence of Derrick Henry at the running back position. It will be hard to match Henry’s NFL leading 937 rushing yards and 10 touchdowns through week 8 of the 2021 – 2022 season of the National Football League.

Other Running Backs on the Tennessee Titans’ Offensive Depth Chart

Vrabel goes on to say, "If anybody can come back, it would be Derrick."