On Wednesday, April 28th, 2021 the Carolina Panthers announced that they have decided to trade their veteran up and down quarterback, Teddy Bridgewater, to the Denver Broncos in exchange for a sixth – round selection in the upcoming 2021 NFL Draft. The 2021 NFL Draft is scheduled to take place from Thursday, April 29th, 2021 through Saturday, May 1st, 2021 from Cleveland, Ohio. 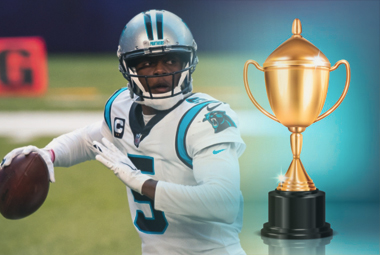 "Acquiring Teddy Bridgewater adds competition, experience and a strong veteran presence to our quarterback room," says the general manager of the Denver Broncos, George Paton, in a recently released statement. "He's a talented player and leader who's had success in this league in a number of different situations. We're still going to look at the quarterback position. I've said since I've gotten here that we want to bring in competition. That's the goal, and we plan on doing that.''

The Denver Broncos’ general manager, George Paton, observed some of the top prospects in the 2021 NFL draft first-hand at each of their pro days over the course of the last week or two, and the Denver Broncos had several representatives at the second pro days for the young quarterback out of the University of North Dakota in Trey Lance as well as the young quarterback out of the Ohio State University in Justin Fields. Both Lance and Fields are viable options for the Denver Broncos to potentially draft in the 2021 draft of the National Football League.

Since 2015 the struggling Denver Broncos have the worst total QBR in the league with a mark of 45.2, and the Denver Broncos have not been the playoffs since they had won Super Bowl 50. The Denver Broncos current starting quarterback in Drew Lock had his finest game of the 2020 – 2021 NFL season in a win over the Carolina Panthers on December 13th, 2020 in Bank of America Stadium located in Charlotte, North Carolina, as Lock completed 21 of 27 passes for 280 passing yards as well as four touchdown receptions without throwing an interception.

Teddy B – Water had previously signed a three – year deal worth up to approximately $63 million with the Carolina Panthers before last season, threw for 3,733 passing yards in 2020, with only 15 touchdowns, and 11 interceptions. By renegotiating the final two years of Bridgewater's contract, the Carolina Panthers will save about $6 million in 2021 and close to $26 million in 2022 according to sources.