Alex Smith Announces his Retirement from Playing Football in the NFL

On Monday, April 19th, 2021 the miraculous comeback veteran quarterback, Alex Smith, announced via Instagram that he is officially retiring from playing professional football in the National Football League. Smith has endured quite an inspiring, unbelievable, and remarkable journey throughout his 16 – year NFL career. Alex formerly has played for the San Francisco 49ers from 2005 to 2012, for the Kansas City Chiefs from 2013 to 2017, and most recently for the Washington Reskins / Washington Football Team from 2018 to 2020. 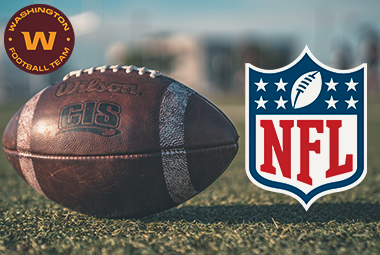 The Washington Football Released Alex Smith During this NFL Offseason

Heinicke’s contract was just recently extended to a 2 – year deal including incentives that place a value of $8.75 million on the new agreement. The Washington Football Team placed an exclusive – rights free agent tender on quarterback Kyle Allen on March 10th, 2021, and Allen signed the tender subsequently on March 18th, 2021. Steven Montez was signed by the Washington Football Team as undrafted free agent last offseason.

Smith’s hard work and courage was greatly appreciated by Washington, but unfortunately, they had to move in a different direction at this point in time. Alex did explore other options to continue playing quarterback possibly as a mentor to a young up and coming quarterback. He did travel to meet with his former college football coach and now the head coach of the Jacksonville Jaguars, Urban Meyer, to possibly work out a deal to sign with the Jacksonville Jaguars for the 2021 – 2022 NFL season, but Smith decided to call it quits in order to spend time with his family now that he has a new lease on life following his severe injury a few years ago and the ensuing recovery that almost cost him his right leg as well as the ability to ever walk again.

Smith endured a devastating compound fracture on his right leg while playing against the Houston Texans on November 18th, 2018. The Washington Redskins ended up losing that game, but that was the least of his concerns moving forward. The star quarterback had to undergo approximately 17 surgeries after the massive injury due to multiple infections from the wound. At one point there was a possibility that his leg may need to be amputated due to the medical complications that he went through. 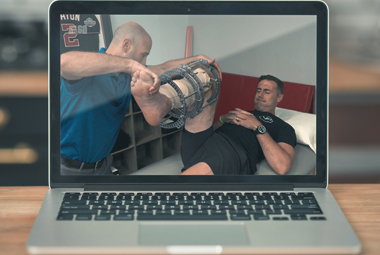 The Rehabilitation Process Following his Injury

Smith’s rehab was intense as most professional athletes have to go through this after a major injury suffered while doing their job. He told the media how not only was it tough to get through all the physical elements of the rehabilitation, but the mental hurdles that he must overcome seemed insurmountable at times. He used the day – by – day approach to try to work through those as he dreamed of playing football in the NFL once again.

Smith wore an external fixator while allowing for his right leg to fully recover. He credits this device for greatly helping and benefiting him through his rehab developments. He was keeping up with his throwing during the rehabilitation process, and that was never a problem for him even with the busted leg.

He explained that running was the hardest part, and that he had to learn to run again post surgeries. He had problems dropping back into a passing position, and obviously making cuts on the leg was extremely difficult for him at that time. He didn’t quite trust his leg to respond the way it should and that was tough on him both mentally and physically, but he worked hard and miraculously was able to return to NFL game action during the 2020 – 2021 NFL season.

The reliable and credible sources at ESPN stated, “Smith was drafted No. 1 overall by the 49ers in 2005 and spent eight seasons in San Francisco before joining the Chiefs in 2013. The three – time Pro Bowler is 27th all time in the NFL with 35,650 career passing yards. He appeared in 174 games total with San Francisco, Kansas City and Washington, throwing 199 touchdown passes.” Alex Smith’s incredible story was such an incredible inspiration to everyone, and he will always be remembered as man who refused to give up as he fought against all odds to come back from the most horrific situation to once again play the game that he loves so very much, and for that he is truly grateful.

According to Intertops sportsbook these are the odds to win Super Bowl LVI as of Monday, April 19th, 2021. Currently the Washington Football Team has the 7th lowest odds out of the 32 franchises in the National Football League to win the upcoming Super Bowl LVI. I would have thought the odds for the Washington Football Team to win this season’s NFL Super Bowl would have been a touch better than the 7th overall worst in the NFL as they did win a division title last year, but then I remembered how bad the NFC East division has been over the course of the past several seasons in the National Football League.