Just this week the NFL began their official 2020 league year, and there were so many impactful moves made within the National Football League. Major free agent signings were agreed upon, key players were released or resigned, franchise tags were placed on some players, and big time blockbuster trades were made. All 32 franchises scrambled to restructure their rosters and tinker with salary cap space this offseason prior to the 2020 NFL draft this upcoming April. 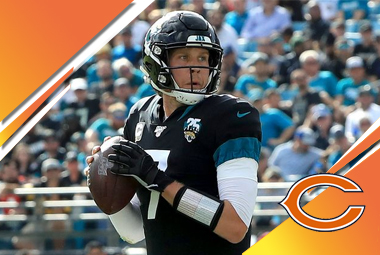 On Wednesday, March 18th, 2020 the Jacksonville Jaguars made headline when they traded quarterback Nick Foles to the Chicago Bears in exchange for a compensatory 2020 fourth round draft pick (140th overall selection of 2020 NFL draft). The Bears have already renegotiated and restructured Foles’ contract to fit the current circumstances here in Chicago.

Last offseason on March 13th, 2019 the Jacksonville Jaguars signed Nick Foles to a four year contract worth approximately $88 million. That agreement included $50.1 million in guaranteed money, and the deal could pay him up to $102 million with the player incentives that were built in to the contract. Unfortunately for the Jacksonville Jaguars, Foles was injured during week one of the 2019 – 2020 NFL regular season against the Kansas City Chiefs.

He broke his clavicle in their first game which paved the way for “Minshew Mania.” Rookie quarterback, Gardner Minshew, took over as the starting quarterback for the Jags. When Foles returned from injury he played poorly leading Jacksonville to bench Nick after a couple bad games for the better performing Minshew. The Jaguars obviously didn’t see much value in Foles after last season. They traded him to the Bears just one year after giving him an $88 million deal for only a fourth round draft pick this April.

Foles now has three years and $21 million of guaranteed money remaining on his contract, but the new deal includes two opt out clauses that he may exercise after either one of the first two years of this agreement with the Chicago Bears. This ensures him the option to leave Chicago if things don’t work out with the Bears after the first season or two.

The Bears decided to bring Foles to Chicago for a couple of reasons. First and foremost, the Bears wanted to bring in a veteran quarterback that can compete with and push their former first round draft selection (2nd pick overall in the 2017 NFL draft) in the young quarterback, Mitchell Trubisky.

Trubisky had an extremely rough season last year, and it seems that Chicago has lost confidence that he can lead the Bears offense moving forward into this upcoming NFL season. Now that there is some quarterback competition, the Chicago Bears are hoping that either Trubisky steps up under the pressure and performs at a higher level, but if he doesn’t, they can quickly switch to Foles as their starting QB moving forward. This is basically a make or break year for Trubisky and his NFL career.

Another major factor leading Chicago Bears https://www.chicagobears.com/ management to trade for Foles was his past experience working with the Bears current coaching staff. This will enable Nick to slide into the Bears offensive scheme easily especially because no one knows how much time players will have to prepare for the 2020 – 2021 NFL season due to offseason workouts getting cancelled due to the coronavirus. Foles is already familiar with Bears head coach, Matt Nagy, and his offense so the transition to his new team in Chicago should be smooth.

The final reason the Chicago Bears were high on trading for Nick Foles is because he is a proven winner. He is a solid teammate, and he has filled in at quarterback for an injured Carson Wentz leading the Philadelphia Eagles all the way to a victory in Super Bowl LII. He was also named MVP of Super Bowl LII. Hopefully Foles will give the Bears and their dominating defense a reason to fight for and make the playoffs this season.

"I know people will go there," Foles proclaimed. "It took me several months of sort of going through an eval, trying to figure out what I wanted to do until I had a moment where I prayed about what I needed to do, and it was ultimately getting back in football, facing my fear. Fortunately, the good Lord's allowed me to go through that before.