The Minnesota Wild has decided to trade left winger, Jason Zucker, to the Pittsburgh Penguins. The Penguins will receive Alex Galchenyuk, Calen Addison, and a conditional first round draft selection in the 2020 NHL draft all from the Minnesota Wild. 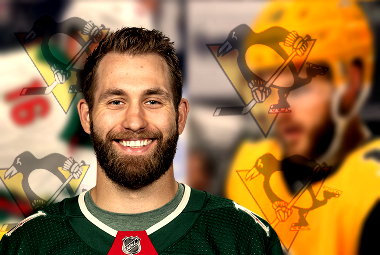 Zucker has been rumored to be part of a trade several times over the past few years, but the deals were never agreed upon for one reason or another. In fact, he was supposed to be traded to the Pittsburgh Penguins last season, but star winger Phil Kessel declined to waive his no trade clause negating the trade.

This season, Zucker has recorded 14 goals and 15 assists thus far. During the 2017 – 2018 he had his best scoring campaign with 33 goals as well as 31 assists. He has spent his whole 9 year career with the Minnesota Wild who drafted him in the second round of the 2010 NHL draft. He is currently in the second year of his five year $27.5 million contract.

The left winger, Alex Galchenyuk, was drafted by and played six seasons for the Montreal Canadians. He then played for the Arizona Coyotes for a year before going to the Pittsburgh Penguins this season. He has currently scored 5 goals to go along with his 12 assists so far this year. His best professional ice hockey year was during the 2015 – 2016 NHL season when he drained 30 goals and 25 assists for Montreal. Alex Galchenyuk will earn a salary of $4.9 million this year, and he is scheduled to become an unrestricted free agent at the end of this season.

Calen Addison was selected by the Pittsburgh Penguins during the second round of the 2018 NHL draft. He has yet to play in the National Hockey League, but hopefully he will be a solid prospect for the Minnesota Wild in the near future. Addison is a defenseman from Canada who played for the youth team Brandon MHA.

"Jason Zucker is a top-six forward that we think will be a great fit for our group," Pittsburgh Penguins general manager Jim Rutherford stated. "He's a proven goal scorer, and with three more years on his current contract, he has the potential to make an impact for us moving forward."