On Monday, November 14th, 2022 the Chicago Cubs announced that they are releasing their veteran defensive superstar outfielder Jason Heyward during the current 2022 - 2023 MLB offseason. Throughout Heyward’s big - league baseball career he has won a World Series as well as 5 - Gold Glove Awards. 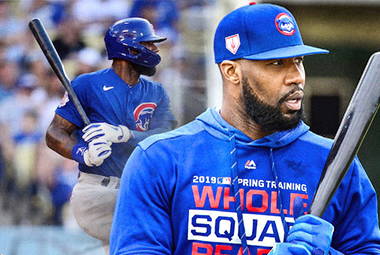 This move for the Chicago Cubs front office was a long time coming. Heyward was a great leader and defensive specialist for several years with the Chicago Cubs, but it is obvious that Heyward is not part of the Chicago Cubs current rebuilding for the future process that they are engulfed in at the moment. Plus, he never really could produce at the plate the way in which the Chicago Cubs had hoped when they signed Jason to an 8 - year $184 million contract back on December 15th, 2015.

Releasing Heyward will free up a lot of money they were spending on his contract in order to make room for the Chicago Cubs to acquire young and exciting MLB players in the hopes that the north - siders can turn things around in the windy city.

The Chicago Cubs President of Baseball Operations, Jed Hoyer, had said way back last August that Heyward would not be returning to the Chicago Cubs for the 2023 MLB season. I assume that due to his contract they were no interested suitors around Major League Baseball that would want to trade for Heyward so the Chicago Cubs decided just to simply release him.

Jason was well known around the north - side of Chicago for famously rallying his teammates with an inspirational speech during a rain delay in Game - 7 of the 2016 MLB World Series which was played in Cleveland, Ohio against the Cleveland Indians. The Chicago Cubs went on to win 8 to 7 in that decisive World Series Game - 7 in 10 innings which ended a championship drought that dated way back to the year of 1908.