On Wednesday, May 19th, 2021 the Chicago Cubs superstar veteran gold – glove right fielder, Jason Heyward, strained his left hamstring during a ball game against the Washington Nationals from Wrigley Field located in Chicago, Illinois. The Chicago Cubs placed Heyward on the 10 – day injured list on Thursday, May 20th, 2021, and the Cubs do not expect Jason to miss any significant playing time due to this minor injury that he suffered last Wednesday in a Chicago Cubs’ 4 to 3 loss to the Washington Nationals. 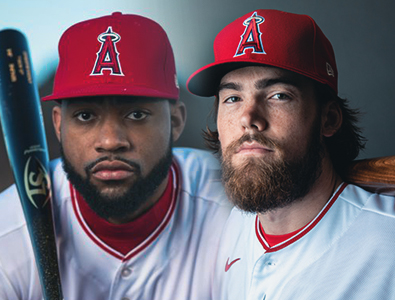 The Chicago Cubs will most definitely miss Heyward’s clutch left – handed hitting as well as his five – time gold – glove winning defense out in the tricky right field corner of the historic Wrigley Field as well as his presence in right field in the Chicago Cubs’ opponent’s ball parks, but they will have to make do without him for a short period of time. Right now, the Chicago Cubs are currently sitting in second place in the National League Central division of Major League Baseball’s standings right behind the St. Louis Cardinals.

The Chicago Cubs are three games behind their division rivals in the Saint Louis Cardinals at the moment, and the Cubs play the Cardinals for the first time this year in a three – game series this weekend (Friday, May 21st, 2021 – Sunday, May 23rd, 2021) from Busch Stadium located in St. Louis, Missouri. These are obviously huge ball games in terms of the young 2021 Major League Baseball season.

The Current outfield options for the Chicago Cubs…

…include great players such as Kris Bryant, Joc Pederson, Ian Happ, and Nick Martini. The Chicago Cubs have done a fantastic job of playing their guys all over the diamond so in situations such as this where they are short – handed in the outfield they can comfortably rely on having other men filling in where ever they are needed.

The Chicago Cubs are expecting Jake Marisnick to return to their big – league roster sometime soon as well. Hopefully for the Chicago Cubs they can rely on what they have to play the outfield until Heyward returns back to their starting line – up shortly. Prior to Jason leaving the Chicago Cubs active roster he was carrying a .183 batting average while hitting 4 home runs, and driving in 13 RBI’s over the course of his 39 games played so far during this young 2021 Major League Baseball Season.

"Hamstrings are always iffy, but seems to be on the milder side," says the Chicago Cubs’ manager, David Ross.

According to Bovada sportsbook below are the odds to win the MLB 2021 World Series as of Friday, May 21st, 2021. Currently the Chicago Cubs have the 9th lowest odds to win it all for this exciting 162 game regular season of Major League Baseball in addition to the 2021 MLB playoffs.