On Tuesday, June 22nd, 2021 the Atlanta Braves announced that they decided to place their veteran left – handed starting pitcher, Max Fried, on the 10 – day injured list. This move was made after they discovered a blister on Fried’s left index finger of his pitching hand. Placing Max on the 10 – day injured list was made retroactive to last Saturday, June 19th, 2021. 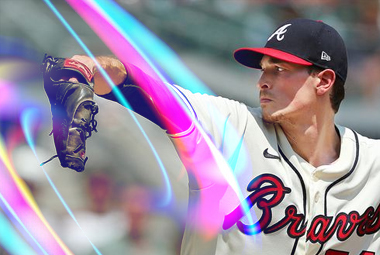 …for the Atlanta Braves was on Friday, June 18th, 2021 when he helped lead his team to a win over the recently struggling St. Louis Cardinals. During that baseball game Max pitched a total of 7 innings, and he allowed only two hits as well as 1 run. Currently Fried is carrying an overall record of 4 and 4 with an earned run average of 4.21 throughout the course of his 11 pitching starts for the Atlanta Braves during the 2021 Major League Baseball season.

Replacement for the Injured Max Fried

In a corresponding move with Fried being placed on the 10 – day injured list, the Atlanta Braves have recalled their right – handed starting pitcher, Kyle Wright, from their minor league farm system. Wright is now scheduled to pitch in the series finale against the New York Mets on Wednesday, June 23rd, 2021 from Citi Field located in New York City, New York. Since Kyle’s career began in 2018 with the Atlanta Braves, he has acquired an overall record of 2 and 7 with an earned run average 6.09. Wright has appeared in 20 games for the Atlanta Braves, and he has been the starting pitcher in 13 of those 20 ball games.

"He noticed [the blister] during the last hitter of his last start," according to the Atlanta Journal – Constitution, the Atlanta Braves’ manager, Brian Snitker, explained to reporters. "We were treating it and waiting as long as we could to see if it'd heal. I think it's something that, if he had to pitch, he probably could. I think being proactive and being in front of it, we can hopefully just skip a start and hopefully he'll be ready when he's eligible to come off."

According to Bovada sportsbook below are the odds to win the MLB 2021 World Series as of Wednesday, June 23rd, 2021. Currently the Atlanta Braves have the 13th highest odds to win it all for this exciting 162 game regular season of Major League Baseball in addition to the 2021 MLB playoffs.