As of Thursday, June 17th, 2021 the Chicago White Sox are currently enjoying the best record and winning percentage in Major League Baseball as they are tied with the San Francisco Giants with a record of 43 wins and 25 loses which is good for a winning percentage of .632. This is unusual for a team that has been battling the type of injuries to their core ball players like the Chicago White Sox have. Even more strange on the Northside of National League, the Chicago Cubs have been doing much the same as they have been winning while constantly dealing with one injury after another to their key players although they have not posted as impressive of a record as the White Sox have on the Southside of Chicago. 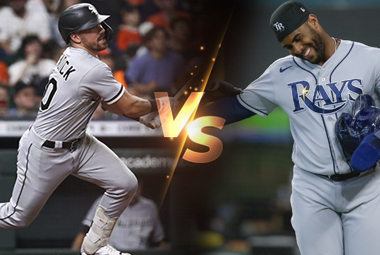 On Wednesday, June 16th, 2021 the Chicago White Sox once again battled the tough Tampa Bay Rays and this one went to extra innings with the Chicago White Sox finally winning the rubber match of this series with a score of 8 to 7 in the 10th inning of the ball game on a Yasmani Grandal single driving in the winning run of the contest. These were huge games for both of these serious contenders in the highly competitive American League of Major League Baseball.

"He apologized for the error, and I said, 'Don't apologize unless you don't try hard,'" says La Russa. "I mean, this club, they've really got their act together. It's very special. This one here is going to be [a] keeper. Because of the contributions of the guys who had to play. That's special stuff, up and down the lineup."

"It's not a 25- or 26-man roster, it's a 40-man roster," the Chicago White Sox starting catcher Yasmani Grandal stated. "It takes all of us to make it to where we want to go and reach our goal. The fact that we've had guys coming off the bench and doing a good job and helping us win, you watch all the good teams and they all have guys coming off the bench and helping them win."

It is simply amazing that the Chicago White Sox continue to dominate Major League Baseball while they continuously have some of their best players moving on and off of the MLB injured list over the course of the last few months. The Chicago White sox will be feared and heavily favored if they get the majority of their starting line – up back to full health prior to the 2021 MLB playoffs which are scheduled to begin on Tuesday, October 5th, 2021 this year. This should make for a very dramatic and exciting MLB postseason for the Southsiders of Chicago.

Hopefully the Chicago White Sox do not suffer anymore season ending injuries like Nick Madrigal just did the other day. They need their core players at full strength by the end of the 2021 summer in order to compete for the pennant in the highly competitive American League this year. Only time will tell if the young and successful Chicago White Sox can continue to tear up the big – league competition for the full 162 game regular season as well as the strenuous 2021 MLB playoffs that follow right after the conclusion of the MLB regular season. 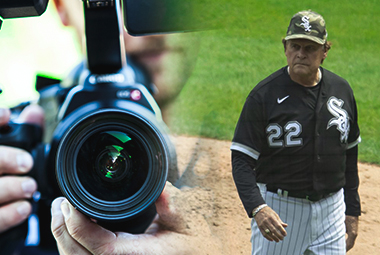 According to Bovada sportsbook below are the odds to win the MLB 2021 World Series as of Thursday, June 17th, 2021. Currently the Chicago White Sox have the 2nd highest odds to win it all for this exciting 162 game regular season of Major League Baseball in addition to the 2021 MLB playoffs. Get ready Chicago for the most exciting MLB postseason since the 2005 MLB Playoffs when the Chicago White Sox won the World Series last.