On Sunday, November 28th, 2021 the San Francisco 49ers hosted the Minnesota Vikings from Levi’s Stadium located in Santa Clara, California. This game was close and exciting throughout the majority of this highly – anticipated NFC match – up between two teams that both got off to a slow start as they struggled at the beginning of the 2021 – 2022 NFL season, but they are absolutely making strong progress in turning their NFL regular seasons around this year. Both the Minnesota Vikings as well as the San Francisco 49ers are very much alive for a potential spot in the 2021 – 2022 NFL playoffs. 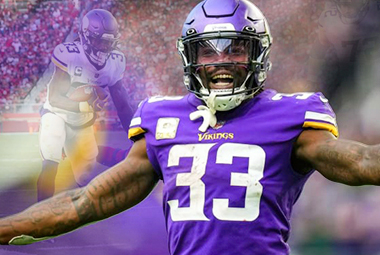 Eventually the San Francisco 49ers defeated the Minnesota Vikings in front of their home crowd last Sunday with a final score of 34 to 26. Although this game was not necessarily low scoring it was somewhat of a defensive battle as neither side was able to score any points throughout the entire 4th – quarter of play. Both franchises endured injuries to important core players during this hard fought and evenly matched clash between the Niners and Vikings.

Not only did the Minnesota Vikings suffer a devastating loss on Sunday, November 28th, 2021 their starting veteran Pro Bowl running back, Dalvin Cook, endured a dislocated shoulder and is now expected to miss at least the next 2 – upcoming regular season football games against the Detroit Lions this Sunday and the Pittsburgh Steelers the following Thursday (Thursday Night Football).

Cook accounts for a very high percentage of the Minnesota Vikings offensive production so hopefully Dalvin can return to game action versus the Chicago Bears on Monday, December 20th, 2021 (Monday Night Football). In Cook’s absence the Minnesota Vikings will rely on their back – up running back, Alexander Mattison.

The Niners top starting wide receiver, Deebo Samuel, suffered a groin strain while on the defensive side of the ball San Francisco’s linebacker Fred Warner was lost to a hamstring strain. Neither of these injuries that occurred during last Sunday’s victory over the Minnesota Vikings seem to be all that serious, but they are both expected to miss at least a game or two as the San Francisco 49ers are fighting for a playoff position in the very inconsistent and puzzling NFC.

The loss of Samuel is detrimental to the San Francisco 49ers putting points up on the board in order to win especially close NFL contests. Deebo is such a hard skill player to defend due to the fact that he has become one of the best multidimensional football players in the National Football League.

He can beat opponents on the ground with his rushing ability, which is rare for a typical wide receiver in the NFL, as well as with deep down the field play making ability to burn his opponents secondary on well executed pass plays by the San Francisco 49ers. Luckily these injuries will not keep Warner or Samuel off the gridiron for very long as the 2021 – 2022 NFL regular season is wrapping up over the next month or so. 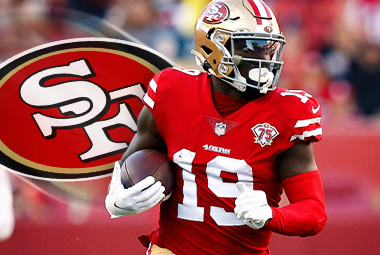 Presently the Minnesota Vikings are 5 and 6 throughout this 2021 – 2022 NFL regular season so far. Despite their losing record the Vikings are currently in 2nd - place in the NFC North division of the NFL as they are approximately 3.5 games behind the division leading Green Bay Packers who have played one more game than the Minnesota Vikings at this point in the newly – arranged 17 – game NFL regular season.

The San Francisco 49ers are sitting in third place in the highly - contested NFC West division of the NFL. The Niners have an overall record of 6 and 5 at the moment, but San Francisco has been fighting through all sorts of injuries to all sorts of starting players during this tumultuous 2021 – 2022 NFL regular season up to this point.

Right now, the San Francisco 49ers are only 1 – game behind the 2nd – place in the NFC West, Los Angeles Rams. The Rams have been looking pretty shitty lately, and their starting quarterback Matthew Stafford has been showing many signs of weakness lately after L. A. had started off this season fairly dominant in the NFC. If the season ended today the San Francisco 49ers would make the NFL playoffs with a wild card berth.

The Minnesota Vikings head coach Mike Zimmer stated, "(Dalvin Cook is) day – to - day. That's what they're telling me."

"That's what I was kind of telling you guys last night that I hope for that it was just a strain," the San Francisco 49ers head coach Kyle Shanahan explained. "And strains usually [last] anywhere from one to two weeks. I think it was very good news considering what it could have been. He's been a big part of our offense. But I think we're in a spot right now that we can overcome that."

"Azeez (Al - Shaair) remaining has been ready for anything we've asked him to do," Shanahan goes on to say. "He always runs around and plays like his hair is on fire and he loves playing the football game. That's not changing, but he's just getting more and more confident of where to be, what to anticipate ... He's been playing at a high level all year and whether he's inside or outside, I expect it to continue, we need it to continue, because he's one of the reasons we're playing pretty good right now."