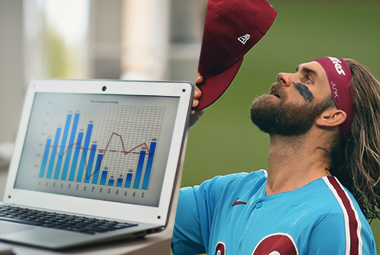 The Philadelphia Phillies’ veteran manager, Joe Girardi, has been recently claiming that he has intentionally not been disclosing Harper’s forearm injury in order to keep his opposing managers and their ball clubs guessing. I do not expect Bryce to miss more than a week of playing time as the Philadelphia Phillies are dropping down in the National League East standings.

Since last Friday, May 21st, 2021 the Phillies went from 2nd place in their division (approximately 5 days ago) to now sitting at the 4th spot out of the 5 in the NL East division of Major League Baseball. Although it is still very early in the 2021 MLB season to start panicking, the Philadelphia Phillies do not want to dig a deep hole right now as they find their division to be much more competitive this year than it has been in years past.

After enjoying an extremely strong start to the 2021 Major League Baseball season, Harper has been unable to manage getting a hit down over the course of the past 4 to five games. Currently Bryce Harper is carrying a solid batting average of .274 which is only down from .276 over the course of his illustrious 10 year big – league baseball career. This year he has racked up 37 hits, 7 home runs, 13 RBIs, and 25 runs over the duration of his 135 official MLB at bats. At the moment his OBP is at .395, his slugging percentage is at .489, while his OPS is at .884, and Harper’s OPS + is sitting at 146 so far in 2021.

Hopefully when Bryce returns off of the injured list, he can get back to crushing the ball like he has become accustomed to over his years at the dish with the Washington Nationals from 2012 to 2018 as well as with the Philadelphia Phillies from 2019 to the present. His team needs him to produce if they stand a chance of winning the highly contested National League East division of Major League Baseball in 2021.

"There is a distinct advantage to the other manager if I tell you a guy's wrist is hurt," the manager of the Philadelphia Phillies, Joe Girardi, explained to the press earlier this week. "And the idea here is to win games. ... I understand you want to know. But there are distinct advantages that I can give another club if they know everything that's going on over here. So I'm sorry that I had to do that. But we're trying to win games and he's just not ready to go. I thought he'd be ready on Monday or Tuesday. He's not." 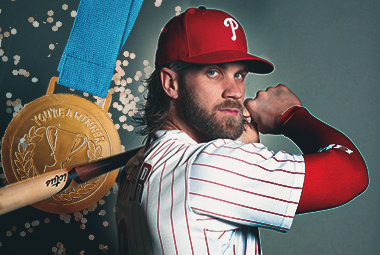 According to Bovada sportsbook below are the odds to win the MLB 2021 World Series as of Wednesday, May 26th, 2021. Currently the Philadelphia Phillies have the 16th highest odds to win it all for this exciting 162 game regular season of Major League Baseball in addition to the 2021 MLB playoffs.