On Friday, May 7th, 2021 the Cincinnati Reds were playing their in–state rivals in the Cleveland Indians from Progressive Field located in Cleveland, Ohio. The Cincinnati Red’s 34 – year – old left – handed veteran starting pitcher, Wade Miley, ended up pitching not only a complete game 3 to 0 win against the Cleveland Indians, but Miley threw the second no – hitter in Major League Baseball in just three days. This no – hit performance marked the fourth Major League Baseball no – hitter recorded over the course of the young 2021 MLB season that commenced in the very beginning of April.

This was the Cincinnati Reds 17th no – hitter since 1892. The Cleveland Indians have yet to have one of their own players pitch a no – hitter at Progressive Field which opened in Cleveland, Ohio back in 1994. Cleveland also has the longest current drought between no – hitters as the Indian's last no – hit pitching performance was a perfect game pitched by Len Barker in 1981. Ervin Santana pitched the only other previous no – hitter at Progressive Field during the 2011 MLB season for the Los Angeles Angels. 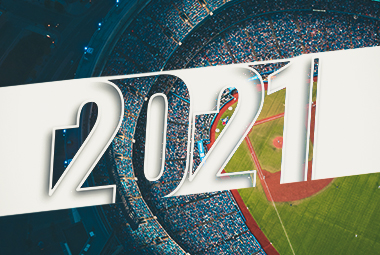 John Means tossed a no – hitter earlier this week on Wednesday, May 5th, 2021 against the Seattle Mariners. Joe Musgrove threw the first no – no of the 2021 MLB season on Friday, April 9th, 2021, and that was the first no – hitter in the franchise history of the San Diego Padres. The Chicago White Sox’s left – handed starting pitcher, Carlos Rodon, pitched a no – hitter only five days after Musgrove did on Wednesday, April 14th, 2021 against the Cleveland Indians who have now been no – hit twice in a month’s time.

Miley is now the fourth member of the 2021 no – hitter club, although Madison Bumgarner pitched a 7 inning no – hitter against the Atlanta Braves on Sunday, April 25th, 2021 that is not officially recognized as a legitimate no – hitter as the game did not go 9 total innings. 2021 is the earliest calendar year there have been 4 no – hitters since 1917. In 1917 the fourth no – no occurred on May 5th and the fifth no – hitter that year took place the very next day on May 6th, 1917. 2021 is only the second Major League Baseball season in MLB history to reach 4 no – hitter performances prior to the end of May.

Reasons for the Recent Surplus of No – Hitters

There are multiple reasons for why the number of no–hit pitching executions has greatly increased during the beginning of the 2021 MLB season. The first is that the Major League Baseball overall batting average between all hitters is at an all – time low. Batters entered the league Friday May 7th, 2021 with an overall record – low batting average of .233 this season. Another reason can be attributed to the number of players who swing for the fences. It seems like the majority of MLB batters are either hitting a home run or striking out as base hits are becoming a thing of the past these days in Major League Baseball. Also, ever since the Houston Astros sign – stealing scandal hitters are restricted to much less in game access to video of plate appearances.

"It feels surreal. All my buddies left me. I don't like that. I don't like thinking about pitching. I want to talk about something else, talk about fishing, talk about hitting, there was nobody to talk to. I got no muscles at all. Maybe this gave me some strength. That's probably when I felt it the most. We scratched across three runs and it was going kind of slow. I didn't want to throw in the hallway because I was pretty tired, but at the same time I wanted to stay loose. But I was able to get three pretty quick ones. For something like this to happen, I don't have the words.''

According to Intertops sportsbook below are the odds to win the MLB 2021 World Series as of Sunday, May 9th, 2021. Currently the Cincinnati Reds have the 16th highest odds to win it all for this exciting 162 game regular season of Major League Baseball in addition to the 2021 MLB playoffs. The Cleveland Indians’ odds are not much better as they have the 17th highest odds to win this year’s MLB World Series in the eyes of the Intertops book makers.

I saw a bet on William Hill that afternoon right before the first pitch on Friday's game and threw down $70 on NO to being a no-hitter that day to possibly win a dollar. $%@%#%@!

At least I won a lot more the last two days...