On Tuesday, May 10th, 2022 the Los Angeles Angels rookie left - handed starting pitcher, Reid Detmers, pitched a no - hitter in a 12 - 0 win over the Tampa Bay Rays at Angel Stadium. At the young and tender age of only 22 - years - old, Detmers becomes the youngest pitcher to throw a no - hitter ever since Anibal Sanchez did so back in 2006 for the Florida Marlins. 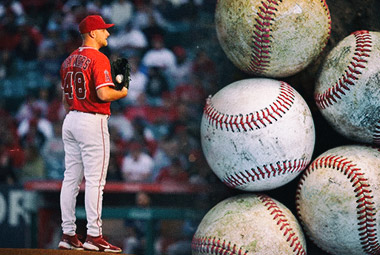 It was the 2nd no - hitter during the young and exciting 2022 Major League Baseball season. For the Los Angeles Angels, Detmers’ no - no marks just the 12th no - hitter in their MLB franchise history.

"Getting the last out was the coolest part," the Los Angeles Angels rookie starting pitcher Reid Detmers expressed. "It's just something I've dreamed ever since I was a little kid. I didn't think it would ever happen."

A Close Call in the 7th - Inning

The closest play to a hit that would potentially break up Reid’s no - no came with only 1 - out in the top of the 7th - inning when the Tampa Bay Rays’ batter, Brett Phillips, put a medium to hard grounder in play to the right side of the Los Angeles Angels’ first baseman, Jared Walsh. The ball just so happened to bounce off of Walsh's glove, and then he also managed to drop the baseball as he was trying to throw out the quick and speedy Phillips.

With the no - hitter on the line, that play was ultimately scored as an error so luckily for Detmers and the Los Angeles Angles his no - hitter was still intact at that point in the ball game.

"I thought that was pretty clearly an error," the Los Angeles Angels first baseman Jared Walsh stated. "I expect myself to make that play most of the time, so I would have definitely complained if they called that a hit."

When Jared was asked whether or not that play in question might have been possibly been ruled a hit if the Los Angeles Angels were playing on the road, Walsh replied, "I think most people that are in the major leagues would admit that was an error."

Other than that error by his first baseman, Detmers hardly had any other close calls that threatened to break up his little piece of Major League Baseball history. Reid managed to retire the first 15 - batters that he faced prior to the Tampa Bay Rays hitter, Taylor Walls, was able to draw a lead - off walk in the 6th - inning.

And not like some of the other no - hit bids early on during this 2022 MLB season, Detmers' pitch count was never even close to becoming an issue during this game. There have been a couple of other potential no - hitters that were cut short due to high pitch counts that caused their managers to eventually having to take the pitcher out of the game with a no - hit bid in the works.

The Last 2 - Innings of this No - Hitter

Detmers had to patiently wait through a long bottom of the 8th - inning as the Tampa Bay Rays brought in their outfielder in Brett Phillips to pitch during this blow - out game.

The Los Angeles Angels were able to capitalize on the position player pitching by adding on 4 more runs at that point, including a 2 - run homer from Anthony Rendon, who batted left - handed instead of from his usual approach at the plate, hitting righty.

During the 9th - inning, Reid was able to get Vidal Brujan to pop - out in foul territory to their catcher Chad Wallach. Then Detmers induced a soft ground - ball out from Kevin Kiermaier, and finally Yandy Diaz was easily retired on a routine grounder to the Los Angeles Angels shortstop for the final out of the ball game completing Reid Detmers no - hitter.

"You guys are awesome!" Detmers relayed to the crowd after the game. "I don't even know what to say. Thank you for coming out." 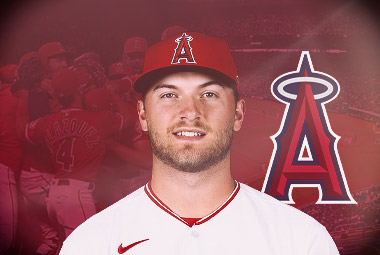 Reid completed the contest with a career - high 108 - pitches, 1 - base on balls, and only 2 - strikeouts, which was the fewest strikeouts in a no - hitter since Francisco Liriano also k’d just 2 - batters throughout his no - hitter way back in 2011.

It was the 1st - no - hitter for the Los Angeles Angels since they managed to put together a combined no - no during the 2019 MLB season from Felix Pena as well as Taylor Cole in the ball club’s very 1st - home game that year immediately following the tragic death of Tyler Skaggs.

This occasion marked the 1st - individual no - hitter for the Los Angeles Angels big - league franchise since Jered Weaver threw one back in 2012.

Detmers is the youngest pitcher for the Los Angeles Angel to toss a no - no, and he is the 1st – left - hander to do that since Clyde Wright did so on July 3rd,1970, versus the Oakland Atheltics.

Reid was the Los Angeles Angels 1st - round draft pick out of the University of Louisville, and he was the 10th - overall selection during the 2020 MLB draft. Detmers was making only his 11th - career pitching start in the big - leagues when he threw this latest MLB no - hitter.

Detmers entered the game on Tuesday night with an overall record of 2 and 4 as well as an ERA of 6.33, the 3rd - highest ERA coming into a no - hitter since the earned run average (ERA) became an official statistic of Major League Baseball way back in 1913.

It was the 1st - time that Detmers had even made it through at least 7 - innings in a big - league ball game so far during his very young MLB career. His past career best was a 6 - inning bid last year versus the Houston Astros. Reid had never thrown more than 97 - pitches during a Major League Baseball outing either.

"He had a much better mound presence tonight. He just looked and felt the part," says the Los Angeles Angel’s head coach, Joe Maddon. "Hopefully we are going to get a lot of residue of that in the future, because he's capable of that. Maybe not of no - hitters, I'm just saying that's how he should pitch. That's what he should look like more often."

Earlier in the evening on Tuesday, May 10th, 2022 the Houston Astros veteran ace, Justin Verlander, lost his potential no - hitter in the 8th - inning, marking just the 4th - day since the 2000 MLB season that there were multiple no - hit bids of at least 7 - innings on the same day.

5 - New York Mets pitchers compiled a combined no - hitter earlier this year against the Philadelphia Phillies on April 29th, 2022 which was the only other no - no so far during this young 2022 MLB season.