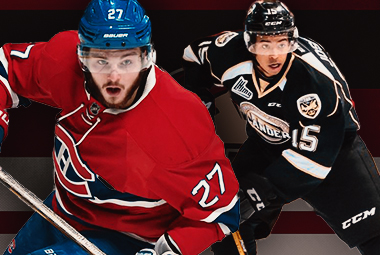 The Pittsburgh Penguins are trying to restructure their hockey team in order to become a faster and more youthful organization. Not too long ago, the Penguins traded defenseman, Olli Maatta, to the Chicago Blackhawks for Dominik Kahun. Kahun is a young forward that will also help Pittsburgh become faster and younger.

The Penguins just made another move this past week in attempt to become more agile on the ice. They traded All Star right winger, Phil Kessel, to the Arizona Coyotes. The Coyotes will also be receiving a fourth round draft pick as well as defenseman Dane Birks. The Penguins will get center Alex Galchenyuk along with defenseman Pierre-Olivier Joseph.

Kessel has played 13 seasons in the NHL. He was selected to the NHL All Star game three times (2011, 2012, 2015). He won back to back Stanley Cup championships (2016, 2017) with the Pittsburgh Penguins. The star forward also won the silver medal with Team USA in the 2010 Olympics in which USA fell just short of winning the gold medal in hockey to Canada. Kessel won the Bill Masterton Memorial Trophy at the NHL Awards ceremony.

"Phil Kessel is a proven winner, an elite goal scorer and one of the most productive point producers in the NHL for a sustained period of time,'' says John Chayka who is the general manager of the Arizona Coyotes. "His dynamic scoring ability fits a specific need for this team and instantly elevates us to another level.''

"I'm just coming in to do what I do best and help them win as many games as possible," Kessel explained. "They're an up-and-coming team with a lot of great pieces. I'm coming in to help them take the next step."

"I'm not sure that's exactly what happened," he added. "Jim came to me, one time, and said to me that I'll never be a Penguin again. I think he's mistaken a little bit there. But I'm not here to tell what really happened and the real truth. So whatever Jim wants to say."

"First and foremost, I want to thank Phil Kessel for his contributions to the Penguins. He was a key component to our success in winning back-to-back Stanley Cups. We couldn't have done it without him, and for that, we are grateful,'' says Pittsburgh Penguin’s general manager Jim Rutherford. "With that being said, we are excited to welcome a young, skilled player in Alex and add depth to our defense with first-round draft pick Pierre-Olivier Joseph.''