On Thursday, September 1st, 2022 the Cleveland Cavaliers heavily pursued and eventually succeeded in acquiring the 3 - time NBA All - Star shooting guard, Donovan Mitchell, via a blockbuster NBA trade with the Utah Jazz following the New York Knicks failing to agree upon terms on a trade for Mitchell with the Utah Jazz earlier in the week.

In exchange, the Cleveland Cavaliers send the Utah Jazz their former forward in Lauri Markkanen, their former rookie sensation shooting guard from the University of Kansas Ochai Agbaji, and their former shooting / point guard Collin Sexton. In addition to those 3 - players the Utah Jazz are also receiving 3 - unprotected 1st - round picks in the 2025, 2027, and 2029 NBA drafts as well as 2 - pick swaps in 2026 and 2028. 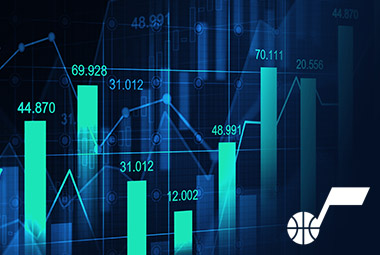 Sexton and his agent the Klutch Sports CEO, Rich Paul, had previously agreed to a 4 - year and sign - and - trade deal worth up to approximately $72 million in order to join the Utah Jazz.

This latest big - news power trade in the National Basketball Association transcends the Cleveland Cavaliers into a young and exciting Eastern Conference powerhouse contender by adding Mitchell to a youthful and highly - talented lineup that includes the 2 - 2022 NBA All - Stars in guard Darius Garland and the center in Jarrett Allen, as well as the Rookie of the Year runner - up in Evan Mobley, who seems to be destined to develop in to an All - NBA player in the very near future.

As the Utah Jazz inevitably decide to completely rebuild their team roster following them also trading their former NBA All - Star center Rudy Gobert and now Donovan who were previously their best players by far.

This Western Conference franchise now has accumulated 13 - unprotected or somewhat lightly - protected 1st - round NBA draft selection up until 2029 and 2 - 2022 1st - round NBA draft picks which absolutely included the Kansas Jayhawks superstar wing player coming off of an NCAA National Championship title last season in Agbaji as well as the 7 - footer Walker Kessler, who just so happened to arrive with 4 - 1st - round picks from the Minnesota Timberwolves transpiring from the Gobert trade earlier this 2022 NBA offseason.

The Utah Jazz intend on continuing to negotiate potential trades talks in order to also dump some of their other notable veteran ball - players such as Bojan Bogdanovic, Jordan Clarkson, and Mike Conley, and they could be quickly getting close to achieving a similar situation to what the Oklahoma City Thunder did by trading away all of their high - leverage players so that they could completely restructure their team by acquiring a large amount of high - value future draft selections.

Koby Altman, the Cleveland Cavaliers president of basketball operations, has recently been in heavy discussions with the Utah Jazz’s front office throughout the past week or so, but finally concluded the trade talks on Friday, when the two NBA franchises were unable to reach an overall agreement according to sources.

None the less, Altman was persistent and he reached back out to the Utah Jazz general manager, Justin Zanik, on Tuesday morning in order to reengage in the trade talks once again. 48 - hours later, they were able to hammer out the deal involving Donovan as well as Markkanen, Sexton, and Agbaji on the other side. 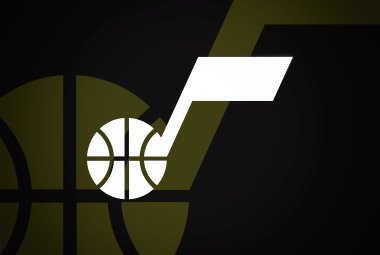 The New York Knicks ultimately had the preferred assets that the Utah Jazz truly desired, and both of the sides appeared to be coming very close to a trade agreement on Sunday night and into Monday, but the New York Knicks failed to include Quentin Grimes in a trade with R. J. Barrett in order to pick up Mitchell in a trade.

Those packages would have included the Milwaukee Buck's 2025 1st - round draft pick, 2 - 2nd - round picks, 2 - pick swaps, as well as 2 - expiring contracts from a 3rd - team. The New York would have included Evan Fournier and a 1st - round draft selection to a 3rd - team in order to spare the Utah Jazz of having to take on Fournier's remaining $37 million left on his contract.

The New York Knicks and the Utah Jazz went over various scenarios of a trade for Donovan Mitchell, including a significant New York Knicks' original proposal in early July of 2022 prior to Mitchell Robinson eventually coming around to sign his contract extension.

At the beginning of the trade talks in early July of this NBA offseason, the New York Knicks suggested a package that would have included Barrett, Obi Toppin, Robinson, as well as 3 - unprotected 1st - round NBA draft picks. The Utah Jazz decided to reject that offer, and Robinson signed his extension with the New York Knicks, which basically killed any possibility that he could become a key piece of a potential deal with the Utah Jazz.

While deep in the trade negotiations with the Utah Jazz, the New York Knicks’ president, Leon Rose, was proposing a parallel deal with Bill Duffy, R. J. Barrett's agent, that consisted of a rookie contract extension and they set Monday night as the deadline with the Utah Jazz to get a deal done or else pause the trade talks so that they could work out a new contract with Barrett. R. J.'s deal is a 4 - year extension worth up to approximately $120 million according to Duffy. 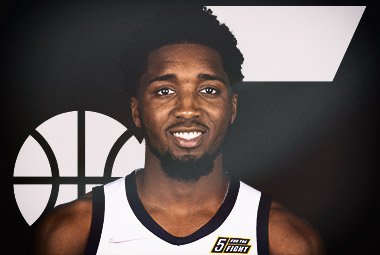 Donovan initially became available for a trade following the Utah Jazz trading away Rudy Gobert to the Minnesota Timberwolves back in July of 2022. The now 25 - year - old Mitchell has averaged 23.9 - points per game as well as 4.5 - assists per game throughout his 5 - year career with the Utah Jazz, and he has been an NBA All - Star each of the last 3 - seasons in the National Basketball Association. Donovan presently has 4 - years and $134.9 million left on his NBA maximum contract extension that he signed during the 2020 NBA offseason, and the last season of that current contract is a player option which is good for $37.1 million.

The Utah Jazz have been Successful Lately

The Utah Jazz have previously made the NBA playoffs over the course of the past 6 - NBA seasons, which is the longest current streak for making the NBA postseason in the Western Conference, but the Utah Jazz have not been able to make it past the 2nd - round during that streak. The franchise has under - went major transitions recently in the wake of last season's first - round NBA playoff exit versus the Dallas Mavericks that included the resignation of the former head coach of the Utah Jazz in Quin Snyder, as well as the hiring of Will Hardy to replace Snyder, and the eventual trades of Gobert and starting forward Royce O'Neale too. Mitchell is the latest domino to fall, and now the Utah Jazz has a clean slate to rebuild their franchise however they would like.