On Friday, July 1st, 2022 the Utah Jazz traded their superstar center and defensive specialist, Rudy Gobert, to the Minnesota Timberwolves for an astonishing package that includes 5 - players as well as 4 - first - round NBA draft picks.

In exchange for Gobert, the Utah Jazz will receive Malik Beasley, Patrick Beverley, Jarred Vanderbilt, Leandro Bolmaro, Walker Kessler, and 4 future 1st - round NBA draft picks. The Utah Jazz will now acquire unprotected first - round draft selections in 2023, 2025, 2027, and a top - 5 - protected first - round draft pick in 2029 from the Minnesota Timberwolves, in Danny Ainge's first franchise - altering negotiation ever since he took over as the Utah Jazz's CEO midseason of last year. 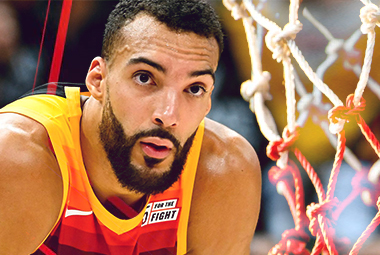 The Minnesota Timberwolves have now acquired one of the best all - around centers in today’s NBA. Rudy dominates in the paint with his superior rebounding and defensive skills as Gobert has been presented the National Basketball Association’s Defensive Player of the Year Award on three separate occasions as well as being selected to the NBA’s All - Star Game a total of 6 - times.

Now that the Minnesota Timberwolves have one of the best rim - protecting big - men in the NBA with Gobert, this will enable their superstar scoring power forward / center in Karl - Anthony Towns to operate freely in their offense as he loves to score from all over the court especially by draining 3 - point shots from downtown.

Last season the Minnesota Timberwolves were one of the highest scoring offenses in the NBA, but now that they have a defensive specialist and rebounder to support their team they can better compete in the highly - contested Western Conference of the National Basketball Association.

Gobert now looks to help take his new young and very talented Minnesota Timberwolves team to the NBA playoffs as this move definitely made some serious noise across the landscape of the National Basketball Association.

The Future of the Utah Jazz

After several years with little to no progress the Utah Jazz have decided to blow up their roster and fire their head coach in attempt to rebuild from ground zero. They have now acquired a whole bunch of first - round NBA draft picks through this blockbuster NBA trade with the Minnesota Timberwolves, and now they are looking to trade their other big – name franchise players in Donovan Mitchell. Mitchell should have a similar trade value as Gobert which should provide the Utah Jazz with a lot of new assets as they rebuild their once feared team roster for the future.

Gobert thanked the Utah Jazz via a tweet, by saying he, "Felt embraced and supported since day one."

"I've grown as a man and as a player before your very eyes, and I'm thankful [for] every single moment," Gobert continues to tweet. "Utah and its community will always have a special place in my heart. Thank you! The journey continues..."