Arizona Cardinals DE J. J. Watt announces his Retirement from Playing in the NFL after this Season

On the morning of Tuesday, December 27th, 2022 the Arizona Cardinals seasoned veteran defensive lineman / end, J. J. Watt, announced that he is retiring from playing football in the National Football League after the conclusion of the current 2022 - 2023 NFL season. 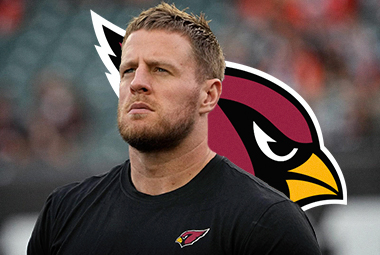 "Koa's first ever NFL game. My last ever NFL home game. My heart is filled with nothing but love and gratitude. It's been an absolute honor and a pleasure," Watt tweeted along side with a picture of him holding his son, Koa, and as he was also standing next to lovely wife, Kealia Watt, at the Sunday Night Football game between the Arizona Cardinals and the Tampa Bay Buccaneers.

J. J.’s 12 - year - long career of playing football in National Football League has only 2 - games left in it, both two are road games, to the Atlanta Falcons as well as the San Francisco 49ers.

One of the Most Dominant Defensive Players of his Generation

Watt will walk away from the game as one of the most dominant defensive players of his generation, and he will most likely be a 1st – ballot Pro Football Hall of Famer. J. J. is just one of three players to be chosen as the NFL’s Defensive Player of the Year Award three times in which he joins only Aaron Donald and Lawrence Taylor in that elite group.

J. J. will complete his somewhat shortened NFL career with the Arizona Cardinals as he has been plagued with serious injuries down the stretch of his playing days. Watt signed with the Arizona Cardinals prior to the 2021 - 2022 NFL season following his 10 - seasons playing defensive end for the Houston Texans. J. J. is just 1 of 3 - Watt brothers in the same family to play in the National Football League.

Koa who was J. J.’s first child, was born in October. In late September of 2022, Watt had to have his heart shocked back in to rhythm as he had to have his own heart reset after suffering from atrial fibrillation, then Watt still managed to play just days later. J. J. is a soldier of the NFL, but his condition has caused him to retire a little bit earlier than expected.

J. J. has compiled a total of 111.5 sacks (26th on the National Football League's career total list), a stat that has been officially tracked since the year of 1982. Watt is also is the one and only football player to record 20 - plus sacks in multiple seasons which he did in both 2012 and 2014.

Since Watt was selected back in the 2011 NFL Draft, there are only 3 - other players including Von Miller, Cameron Jordan, and Chandler Jones that have more sacks than J. J. has recorded in the National Football League. Watt is 1st in batted passes, 2nd in fumble recoveries, and tied for 3rd in forced fumbles during that time span.

In accordance with all of the above he also has a total of 28 - games with at least 2 - sacks, 5 more than any other player ever since the year of 2011.

J. J. who just so happened to be the career sack leader for the Houston Texans with 101 - sacks, almost 2 - times as many sacks as the next closest on the Houston Texans franchise's career list. Watt is still playing at a high level at 33 - years - old. 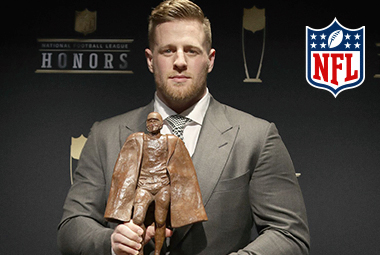 He’s Still Got It

Watt is among only the 48 - NFL players with at least 10 - pass breakups this year, J. J. leads all of them with 28 - quarterback pressures, and he is tied with Daron Payne for the most sacks with 9.5 - sacks.