Back on Wednesday, May 4th, 2022 the National Football League announced that the Tampa Bay Buccaneers will ultimately play the Seattle Seahawks in the NFL's 1st - regular season football game in the back drop of the country of Germany.

Details of the NFL Game in Germany

The NFL disclosed that the Tampa Bay Bucs and the Seattle Seahawks will face - off against each other on Sunday, November 13th, 2022 at 9:30 a. m. ET sharp in the legendary and historic Allianz Arena located in Munich, Germany which is the home stadium of their beloved F. C. Bayern Munich.

The 3 - NFL Regular Season Games scheduled to be played in London, England

The National Football League also will be playing 3 - NFL regular season games in London, England during this 2022 - 2023 NFL season. The first one of those three contests featured the New Orleans Saints vs. the Minnesota Vikings back on Sunday, October 2nd, 2022. The Minnesota Vikings defeated the New Orleans Saints with a final score of 28 to 25.

The third and final of those 3 - NFL games across the pond will consist of the Jacksonville Jaguars playing the Denver Broncos on Sunday, October 30th, 2022 at 9:30 a. m. ET at the well - known and famous Wembley Stadium. 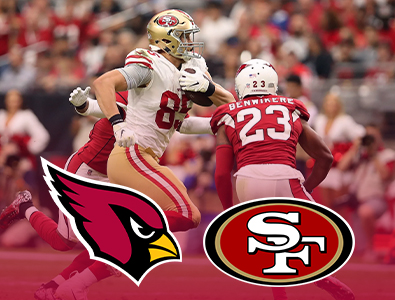 The NFL Games that will be Played in Mexico City, Mexico this Year

In addition to the above mentioned 4 - NFL regular season games that are to be played in Europe, the National Football League has publicized that the Arizona Cardinals will play against the San Francisco 49ers on Monday, November 21st, 2022 in a special Monday Night Football (MNF) game at the Estadio Azteca Stadium in Mexico City, Mexico.

That battle will mark the 4th - ever NFL game played at that high - altitude Mexican stadium. The Oakland Raiders defeated the Houston Texans 27 to 20 back in 2016, the New England Patriots took down the Oakland Raiders 33 to 8 back in 2017, and the Kansas City Chiefs smoked the Los Angeles Chargers 24 to 17 back in 2019 as well.

The Kansas City Chiefs had been previously scheduled to play the Los Angeles Rams in Mexico City back during the 2019 - 2020 NFL season, but that football game had to ultimately be moved to Los Angeles, California due to the terrible field conditions of the Estadio Azteca Stadium in Mexico City, Mexico just prior to that contest being played out.

Some History of the NFL Franchises featured in International NFL Games

The Arizona Cardinals lost its one and only international affair back in 2017 with a final score of 33 to 0 to the Los Angeles Rams at the Twickenham Stadium located in London, England. The San Francisco 49ers just so happen to fortunately be 2 and 0 in international NFL games as they defeated the Denver Broncos 24 to 10 way back in 2010 as well as the Jacksonville Jaguars 42 to 10 in 2013 at Wembley Stadium in London, England.

The Tampa Bay Buccaneers vs. the Seattle Seahawks

The Tampa Bay Bucs will be looking for their 1st - win playing an NFL regular season game outside the United States of America. They have compiled the overall record of 0 and 3 throughout their past 3 - NFL games played in London, England. The Tampa Bay Bucs have lost to the New England Patriots 35 to 7 back in 2009, the Chicago Bears 24 to 18 back in 2011, and the Carolina Panthers 37 to 26 back in 2019.

This upcoming exciting NFL match - up between the Seattle Seahawks and the Tampa Bay Bucs will mark the Seattle Seahawks' 3rd - ever international regular - season NFL game in their franchise history. They defeated the Buffalo Bills in Toronto back in 2012, and they beat the Oakland Raiders in London back in 2018.

Germany is an outstanding location for an international NFL regular - season football game. I believe that it will also be a great experience for the players, staff, and fans of both the Tampa Bay Bucs and the Seattle Seahawks as well as the other NFL franchises that get scheduled there in the near future.

Out of all the above - mentioned NFL franchises the Green Bay Packers were the only team to have never played in an international NFL game. The New York Giants are surprisingly 2 and 0 across the pond as they defeated the Miami Dolphins 13 to 10 in the NFL's first international game played way back in 2007 at the Wembley Stadium. The New York Giants also beat the now Los Angeles Rams 17 to 10 in 2016 at the Twickenham Stadium.

"Our fan base in the U. K. has always been extremely loyal and passionate," the New York Giants chief commercial officer, Pete Guelli, stated. "The organization has had two memorable games in front of the London fans, and we look forward to engaging with them leading up to the games this fall." 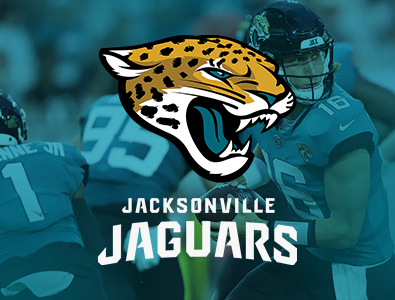 This will be the record - setting 9th - occasion that the Jacksonville Jaguars will have played an NFL regular - season football game outside the United States of America. Which is much more than any other NFL franchise. The Las Vegas Raiders and the Miami Dolphins have both played a total of 5 - international NFL games.

The Jacksonville Jaguars defeated the Miami Dolphins 23 to 20 at Tottenham Hotspur Stadium last season to break a 20 - consecutive NFL game losing streak that was the 2nd - longest in the long and rich history of the National Football League.

The Denver Broncos are 0 and 1 outside of the United States of America after they lost to the San Francisco 49ers 24 to 10 back in 2010 at the Wembley Stadium.

"It's a great honor for the Denver Broncos to be selected by the NFL to play in London as part of its International Series," the Denver Broncos general manager, George Paton, explained. "Broncos Country is everywhere and the best way to grow our game -- and reach fans all over the world -- is by playing internationally. Our entire organization is excited with the opportunity to play at historic Wembley Stadium against the Jaguars."

The Jacksonville Jaguars vs. the Denver Broncos featured match - up will also be the very 1st - NFL game that will be broadcasted on ESPN + in order to internationally promote National Football League games.

The NFL knows exactly what they want to do in order to expand their global reach over the course of the upcoming decade or so. They hope to become more like the National Basketball Association (NBA) or the National Hockey League (NHL) where they can capitalize on the international market as opposed to just the American market.