On Monday, March 16, 2020 the Arizona Cardinals traded star running back, David Johnson, a second round pick in this year’s draft, and a fourth round selection in the 2021 NFL draft to the Houston Texans. The Arizona Cardinals will get the big time wide receiver, DeAndre Hopkins, as well as a fourth round pick in the upcoming 2020 NFL draft in exchange. 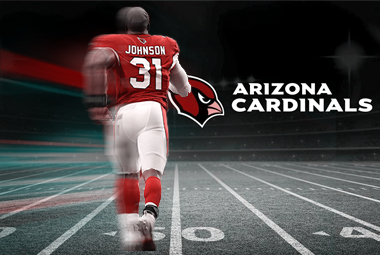 The Houston Texans are now responsible for the remainder of Johnson’s current contract extension he signed in 2018 for 3 years and $39 million. It involves a $10.2 million cap hit this year and a $7.9 million cap hit in 2021.

The Texans Fulfill their Running Back Needs

With both rushers Carlos Hyde as well as Lamar Miller hitting the free agency market this offseason, they were in desperate need of a reliable running back which they get with the acquisition of David Johnson. The Houston Texans also have running back Duke Johnson on their roster for the 2020 – 2021 NFL season. They picked up Duke from the Cleveland Browns prior to last season when the pass catching back wanted out of Cleveland after the Browns signed Kareem Hunt.

Although the Arizona Cardinals dealt Johnson away, they will no longer have to pay his extensive and over valued contract. They recently placed the transition tag on their running back Kenyan Drake which allows them to match any offer that he may receive through the free agency market. The Arizona Cardinals will most likely retain Drake as their core rusher.

The Cardinals who already have one of the greatest all time wide receivers in the veteran pass catcher, Larry Fitzgerald, now have the incredible addition of Hopkins. He is one of the best wide receivers if not the best wide out in the game right now. With those two guys opposite each other on the Arizona Cardinals offense they will create an extremely threatening and highly productive passing attack for their young and talented quarterback, Kyler Murray, to utilize as he develops in the National Football League.

He has recorded 3 consecutive years of 1,000 plus yards receiving, and has the most touchdowns out of any NFL wide receiver over the last 3 seasons. There is no doubt that as long as Hopkins stays healthy, he greatly improves the Arizona Cardinals team, and this trade should prove to be one of their best moves in franchise history.