On Friday, May 27th, 2022 the Cleveland Browns have agreed to terms on a new 4 - year contract with their star veteran tight end, David Njoku. This new deal is worth up to approximately $56.75 million which includes $28 million in total guaranteed money according to Njoku’s agent.

Njoku had up until July 15th, 2022 to agree to the terms of a long - term contract, but it did not take nearly that long for Njoku and the Cleveland Browns to work out a longer - term agreement. Had they not reached a deal, Njoku would've played the 2022 - 2023 NFL season under the franchise tender, which is reportedly worth around $10.931 million. 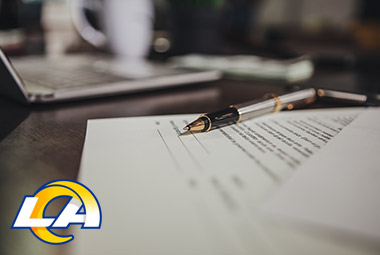 The NFL Career of David Njoku

David’s greatest season came over the course of the Cleveland Browns’ quarterback, Baker Mayfield's, rookie season back in 2018 - 2019, when Njoku pulled in a career - high 56 - catches which was good for 639 - total yards. After being one of Mayfield’s main targets, Njoku compiled 88 - targets times during the 2018 - 2019 NFL season, David's targets have gradually gone down over the past 3 - NFL seasons.

The Cleveland Browns are now the only NFL franchise that has a quarterback (Deshaun Watson), running back (Nick Chubb), wide receiver (Amari Cooper), and tight end (David Njoku) that all rank in the top seven at their position in guaranteed money.

The Cleveland Browns are Making Guarantees on Paper

The Cleveland Browns are the only NFL franchise that have a quarterback, a running back, a wide receiver, and a tight end that all rank in the top - 7 at their respective positions in guaranteed money.

David set career - highs during the previous 2021 - 2022 NFL season including: yards per target (YPT) as well as yards after catch per reception (YACPR), as he displayed the physical skills that made him the overall 29th selection during the 2017 NFL Draft.

Njoku ranked 4th in the National Football League amongst all NFL tight ends in yards per target with 9.0 - yards, and David was tied for 1st in yards after the catch per target with 6.7 - yards among all NFL tight ends last season. Hopefully Njoku turns out to be a safe signing for the Cleveland Browns as they still hope and pray to see a Super Bowl sometime in the near future.