The Buffalo Bills’ general manager, Brandon Beane, explained to the media that this is a “reset” for Mitchell, and that he does not expect Trubisky to be a long – term solution backing up their starter in Allen. Beane stated, "I don't know what went on in Chicago, but he started 50 games. I think the label has been put on Mitchell from afar that maybe he doesn't deserve it. This is a reset for him. We don't expect him to be here long term." 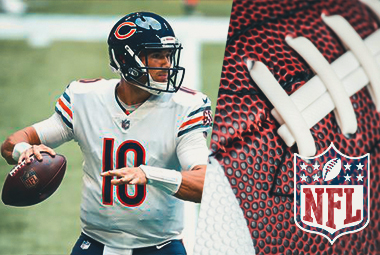 Last year was an up down season for Trubisky. He began the 2020 -2021 season of the National Football League as the starting quarterback for the Chicago Bears only to be benched in favor of Nick Foles to take over as the Bears starting QB by just week 3 last year. After a hot start to Foles’ run as the Chicago Bears signal caller, his game play soon fizzled out allowing for Mitchell to take back his job as the starting quarterback by week 12 of the NFL. Trubisky played decently down the stretch for the Chicago Bears as they finished out the 2020-2021 NFL regular season well and they even made the playoffs.

Although the Bears snuck their way in to the 2020-2021 NFL postseason, they were smashed easily in the first round by the New Orleans Saints. Mitchell finished the 2020-2021 NFL season with 2,055 yards, a completion percentage of 67 %, while throwing 16 touchdowns, and 8 interceptions. The Chicago Bears recently declined to pick up Trubisky’s 5th year option which enabled him to become an unrestricted free agent, and now has landed him in Buffalo as the Bills’ back – up quarterback on a one – year deal.

During his time playing in Chicago…

…Trubisky recorded an overall record of 29 wins and 21 loses as the starting quarterback for the Bears. He threw for 10,609 yards, but only completed 64 % of his pass attempts. He threw 64 touchdown passes and 37 interceptions while running the offense for the Chicago Bears. Mitchell rushed for 1,057 yards as well as 8 touchdowns. He was selected to the NFL Pro Bowl in 2018 following his best season with the Chicago Bears back when he was still showing signs of becoming a solid and reliable quarterback in the National Football League. Now the 26-year-old back-up quarterback for the Buffalo Bills can only hope he is ever offered an opportunity to have the chance of reviving his career as a quarterback in the NFL that doesn’t just wear a headset and hold a clipboard.

According to Intertops sportsbook these are the odds to win Super Bowl LVI as of Thursday, March 18th, 2021. Currently the Buffalo Bills have the 4th best odds out of all the teams in the National Football League of winning Super Bowl LVI outright.