On Sunday, January 23rd, 2022 the Kansas City Chiefs faced off against the Buffalo Bills from Arrowhead Stadium located in Kansas City, Missouri in an absolute barn burner of a game in the Divisional Round of the 2021 – 2022 NFL Playoffs. As the Wild Card Round of the current NFL postseason was quite uneventful and not even close to mildly entertaining this match up along with the other 3 – contests were incredibly amazing to watch as a true fan of the National Football League. 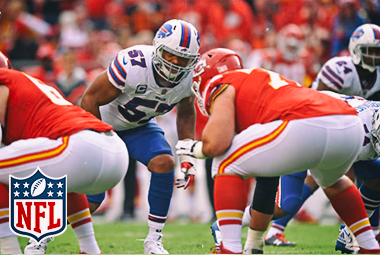 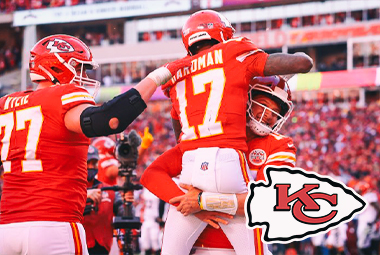 The Kansas City Chiefs will now move on to the AFC Championship Game versus the Cincinnati Bengals this Sunday, January 30th, 2022 at 2:00 p. m. CST. This highly – anticipated match up will be broadcasted on CBS with the winner guaranteeing their spot in Super Bowl LVI. Line: Kansas City Chiefs -7.0; Over / Under: 54.5 (as of 1/24/2022). I am fairly confident that the Kansas City Chiefs will win this game and cover the spread. I would stay away from that over / under unless you want to tease the bet by buying some points.

Super Bowl LVI will feature the NFC champions vs. the AFC champions, and this finale of the 2021 – 2022 season of the National Football League will be held on the evening of Sunday, February 13th, 2022 at 5:30 p. m. CST. Super Bowl LVI will be broadcasted across the country on NBC, and the main event will be held from So Fi Stadium which is located in Inglewood, California. The halftime performances of this year’s Super Bowl will include Dr. Dre, Snoop Dogg, Eminem, Mary J. Blige, and Kendrick Lamar.

“It worked out well for us this time,” Patrick Mahomes expressed. “When you have two teams going back and forth, it stinks when you don't get to see the other guy go. But all you can do is play the rules the way the rules are explained, and that's what we did.”

“The guys didn’t flinch,” the Kansas City Chiefs head coach, Andy Reid, stated. “You talk about an epic game, well, that’s the way the players took it. They had tremendous respect for Buffalo and they knew it was going to be a battle and they kept going. When it’s grim, be the grim reaper, and go get it. He made everyone around him better.”

“We got tremendous leaders on both sides of the ball, whether it's offense, defense or special teams,” says Tyreek Hill. “Nobody panicked. Nobody was like, ‘Oh, the game is over, there’s 13 seconds left.' We just made plays.”

“It’s just tough, you know? To be in that moment again,” Josh Allen proclaimed. “It sucks the way it happened; you know? We wanted to win that game. We had opportunities. Just, yeah, taking it all in, holding onto that feeling, and making sure we don’t feel like this again — back - to - back years in the same spot. It’s tough to take in.”

“The Chiefs are a good football team. We knew it was going to take a heck of an effort coming out here,” the Buffalo Bills head coach, Sean McDermott, revealed. “I thought the guys gave us that effort, starting with Josh and all the way down the line. But those guys are hurt, we’re disappointed — we’re all disappointed, we’re all sick to our stomach. You move on and you try and get yourself to learn from it, but it stings. It stings. I’m not going to sugarcoat it. It stings.”