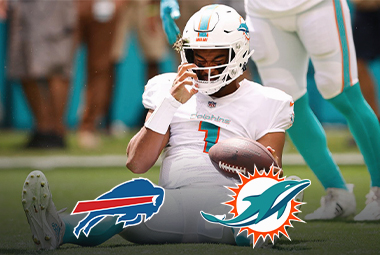 …when the Buffalo Bills defensive end A. J. Epenesa chased Tagovailoa during the Miami Dolphins’ second drive of the ball game. Epenesa hit Tua hard taking him not only to the ground, but he took him out of the game completely.

As Tua was eventually carted off of the football field last Sunday, the Miami Dolphins’ back – up quarterback, Jacoby Brissett, had to take over for Tagovailoa for the remainder of the football contest against the Buffalo Bills. Brissett tossed for 169 passing yards as well as an interception in his take - over of the Miami Dolphins’ offensive unit.

Rib injuries although are very painful are often able to be played through by tough quarterbacks as long as they know how to handle that degree of raw pain through the player’s mid – section area. Tagovailoa experienced a similar injury during his illustrious NCAA college football career at the University of Alabama when he used to play for the Alabama Crimson Tide and their legendary head coach and master recruiter in the historic, Nick Saban.

As of now the Miami Dolphins only feature two quarterbacks on their active 53 – man team roster. Those being the 2 QB’s that have already been seen calling and running plays for the 1 and 1 Miami Dolphins of this 2021 – 2022 NFL regular season. They are obviously Tua Tagovailoa as well as Jacoby Brissett who is formerly the starting QB of the Indianapolis Colts in past years of the NFL.

"Tua is very tough. It's not a question with him," the head coach of the Miami Dolphins Brian Flores stated. "He's a tough kid, for sure ... If Tua can go, he's gonna go. That's just the type of kid he is."

Flores explained that Tagovailoa is still in a, "Good deal of pain," last Monday the 20th of September when he was asked about Tua’s condition and the further testing he was undergoing. Follow - up X - rays on Tua's ribs were negative according to another source close to the Miami Dolphins. 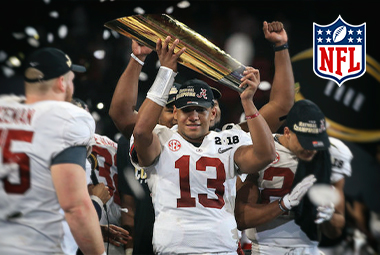 Throughout Tagovailoa’s short 2 – year career in the National Football League in which he has started 12 games at quarterback, Tua has recorded a completion percentage of 63.2 %, 2029 passing yards, 12 passing touchdowns, 6 interceptions, and an overall record of 7 – 4 – 0 in the NFL. Last year Tua completed 186 passes for a total of 1814 passing yards. He tossed 11 touchdown passes to his eligible receivers, 5 interceptions unfortunately to his opponents, as well as recording a completion percentage of 64.1 % during his rookie 2020 – 2021 season of the National Football League.

Look for this soldier of a Pacific – Islander mother fucking quarterback of the Miami Dolphins to return to NFL game action soon event though he will be favoring his bruised – up rib cage. I am excited to see how far the second – year quarterback out of the University of Alabama Crimson Tide (“Roll Tide!”) responds to his second major rib injury of his amazing football career.