This month, 43 years ago, Hank Aaron hit his final home run in Major League Baseball. It was on July 20th, 1976 in Milwaukee, Wisconsin. At this point in his long and legendary career, he was the designated hitter for the Milwaukee Brewers. 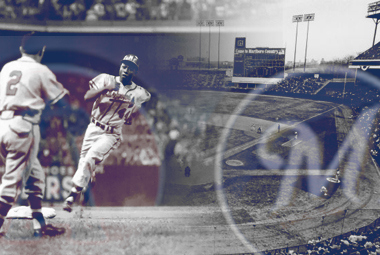 The Brewers were hosting the California Angels for a night game at County Stadium in Milwaukee, Wisconsin. Although it was a beautiful 73 degrees in Milwaukee, attendance for the historical day was fairly low. There were only 10,134 fans in the stadium for this baseball game which happened to be a mere 21 percent of the venue’s capacity.

In 1976, Aaron was 42 years old, and this was his 23rd and final season playing Major League Baseball. Prior to this game he was hitting .246 and had only 9 home runs. His numbers were dropping as his age increased.

Aaron was batting fourth in the lineup that day, and was off to a rough start early on in this game. The Angel’s right handed starter, Gary Ross, got Hammerin’ Hank to fly out to left field in his first at bat in the bottom of the first inning. In the third inning Ross got him to fly out to second base. Aaron’s third at bat was against right handed relief pitcher, Dick Drago, who struck out the hall of famer in the fifth inning.

Drago just gave up a home run to the Brewer’s first baseman, George Scott. The Milwaukee Brewers were up 4 – 1 over the California Angels when Aaron once again came to the plate for his fourth at bat of the game in the seventh inning. He crushed the ball over the left field wall for his 755th career home run which ultimately was the last home run of his MLB career.

The Milwaukee team ended up winning this game 6 – 2. A member of the Brewer’s groundskeeping crew, Richard Arndt, ended up retrieving Aaron’s last home run ball. Arndt eventually sold that baseball https://latestsportsbonuses.com/bet-on-baseball for $650,000.00 in 1999. 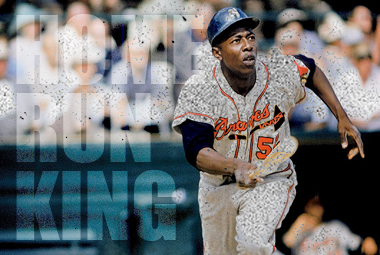 Then on August 7th, 2007 while playing for the San Francisco Giants, Barry Bonds creamed a pitch to hit his 756th career home run in order to pass Aaron’s home run record. Bonds ended his MLB career with 762 home runs. Due to Bonds’ use of performance enhancing drugs (steroids) he is often not considered the true home run champion of Major League Baseball. Hank Aaron is often referred to being the real home run king of the MLB.