MGM to Charge for Parking

The inevitable has happened, and I'm not going to say, 'Finally,' happened because I frankly did not think it would come so soon.  MGM has officially decided (to be rolled out at some point between April and June) to charge for parking at its resorts.

I had written an article about this subject already which was quite satirical in tone a few months ago when the subject of MGM charging for arena event parking first got broached and mentioned, jokingly I thought, that they would transition into simply charging everyone for parking.

It turns out that the joke is on me and anyone who wants to park at an MGM property because they are going to be rolling out parking charges WELL in advance of the arena ever being built. 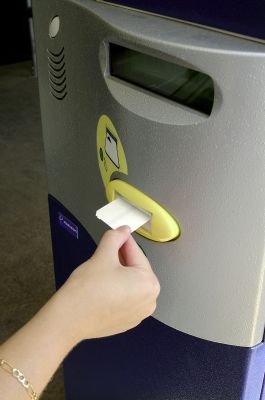 If you want value, go Downtown or to Ellis Island where they exchange losing Powerball tickets for Free Play. (the Plaza doing $2/ticket up to $25 while Ellis Island is doing $5 for one ticket)

At the same time, however, I can understand this decision from a business perspective, so as with many other things, I find myself taking positions both for and against this change.  Rather than do a whole Article on reasons for and against, I am actually going to devote this Article specifically to countering reasons against, because I'm sure, 'Against,' is where most people stand.

1.)  It's Going to Drive Business to Other Properties

I would correct this statement to it could drive business to other properties, but is the business being driven really the business MGM wants in the first place?

Consider this, MGM Resorts are not meant to be value properties, and Hell, the Strip, in general, is not meant to be comprised of value properties.  I think that it is fair to suggest, provided there is a path to obtaining free parking validation, (show ticket stubs, earn x points, restaurant/bar tab of x or more) that many of the visitors to MGM Resorts are not gaining or losing any value that they otherwise had.  I will grant that it could be a bit more of a pain when dealing with the actual process of validating the parking ticket, but they could even make that less of a hassle by integrating that process into taking care of it on the way out rather than having to go to the players club, or something along those lines.

I think that the real idea here is that MGM simply does not want the presence of the, 'guests,' that are unwilling to pay for or earn the parking in the first place.  In other words, they don't want to cater their facilities to a bunch of looky-loos who just want to check out the attractive properties.

Driving such guests to other properties accomplishes two things:

A.)  It rids them of guests that are not going to spend and reduces the foot traffic in the casino making things more convenient and accessible for the guests who are going to spend.  As a result, services are even better for the spenders.

B.)  Consider the notion of driving guests to other properties: Is that a desirable consequence even with the guests in question?  I would argue that it could be, imagine if the looky-loo traffic goes to other Strip properties and takes advantage of their Free Parking, now your spending guests at a CET property, for example, are having to deal with parking that is a complete mess, increased foot traffic, increased time to access the services, and do you know what happens?

They start charging for parking too!

See, now you're competitive on the value side again, and everybody makes more money...unless people start going Downtown, or something.

Actually, there is a bit of an increase in value for the people either willing to pay for the parking on direct, or for the people who are willing to earn the parking.  MGM has announced significant improvements to their existing parking facilities as well as the erection of a 3000 space parking structure.

Among these improvements is parking navigation via guidance systems.  For those of you who haven't seen or heard of these things, they are friggin' sweet!

Has anyone ever pulled into a parking garage and drove directly to the top because they know that the first couple floors are going to be occupied?  Have you done that because you've already danced the dance of taking five minutes, per floor, driving around the first three individual floors to find that the only available space on said floors has some idiot who is double-parked?  I think just about everyone, at some point, can answer, 'Yes,' to both of these questions, but that ends with parking guidance systems!

Parking guidance systems, at a minimum, tell you ahead of time (using sensors) whether there are or are not going to be any available spots at a given level, and if so, how many spots there are.  If MGM REALLY spares no expense, there exists the possibility that there system may be sophisticated enough to actually guide customers to available parking spots.

I know, I know, people have to be really sick of my Devil's Advocate crap by now, but for the players who are going to be EARNING the right to park there for free, MGM will effectively make that process easier, as a result, adding value to a visit to one of their properties.

It is possible that MGM actually sees a decline in overall revenues as a result of the decision to charge for parking, but despite what the informal poll on the bottom of this Article would indicate:

I seriously doubt it.

The best part is that, even if you do manage to lose some overall revenue as a result of this decision, it is largely reversible.  How?  You stop charging anything for parking.

"But, I'll never go back after this, even if they didn't charge!"

Because now you have an enhanced parking facility as well as a new 3,000 parking space area that STILL has the enhanced parking navigation and all of the other upgrades that they plan to have go along with it.  The difference being, now it is free.

At the end of the day, many people are going to look at this as a decision that detracts from the overall value of the Las Vegas Strip, and one might argue, paying a visit to Las Vegas in general.  However, MGM (for those who haven't noticed the 6:5 low-limit Blackjack tables) is not about catering to the value-conscious gamblers.

Basically, if you're going to visit an MGM property and put in the kind of spend that would get your parking validated for free, (and I would suggest some means of making that a spend of only $50-$100 in cash or theoretical) then MGM is simply adding to your value by upgrading their facilities.  If you're going into an MGM property and you're not planning to put in that kind of spend, then from the standpoint of MGM, the parking fees are the only way they're really going to derive any kind of revenue out of you as a guest.

At the end of the day, it's about the bottom line.  MGM is making the decision that they believe will improve their revenues by both garnering revenue from guests who are not reliable sources of revenue AND enhancing the MGM experience for the customers who already are proven sources of revenue.

Lots of other ways to ensure those parking are also gambling.. Sure goes against making the chump, oops, customer feel specail, that's for sure.

Even non gamblers or low level gamblers eat, buy souveniers, throw $10 on the big wheel, buy shoes, etc.... If it is REAL easy to get 'validated' and not pay the fee, then it won't be a big deal. I think I read that even paying hotel guests will be charged for parking.... It will only work if their competitors do the same....

I don't know that I agree. I think they're really just wanting to garner revenue from everyone that walks in the door. Like when I got two free Buffets from MGM for doing the MyVegas thing and probably a hotel stay and more stuff next time.

I've never played or paid cash money for anything at one of their properties, and I really can't imagine why I ever would.

Point is, were I inclined to rent a car and park it there, that's the only money they'd see off of me, though I still tip generously, of course.

That's what I think it will be. $50 in theoretical or cash spend, perhaps $100, but $100 seems a little high. Everyone loves to cite what the big cities do, but a lot of those garages just operate as garages in many cases...that's the entire source of revenue for the business!

The parking will just be a very small percentage of MGM revenue and they're better off if the people parking DO something else, so $50 is within reason, I think.

I will not support any MGM properties if I have to pay for parking.

This place was a rip off to begin with. There are so many better choices even on the Strip. It does keep tourists with cars from parking there and going somewhere else to gamble, or drink. And it's close to the Airport so you could drop off your rental car and catch the monorail or taxi or even the bus if you wanted to drink and hang on the Strip and then drive back to your room at the Motel 6 after your sobered up a bit.
Darn now I'll have to find somewhere else to park! :(