A Thing of the Past at MGM?

NOTE AND DISCLOSURE:  At no point did I actually acquire a record of a Board of Directors meeting for MGM.  The majority of this article will consist of a combination of fictitious parody mixed with opinion that is meant to be humorous.  Any similarities (real or imagined) to any specific people on MGM's, 'Board,' are purely coincidental and this article, once again, is not in any way meant to reflect the minutes of an actual MGM Board of Directors meeting.

As recently highlighted by forum Member JWBlue, MGM is considering charging for parking at some of its casinos, at this point, this would apply specifically to arena parking.

It seems that MGM continues to be on the forefront of changes to gambling and visiting Las Vegas.  First they roll out an experimental drink voucher system for guests playing bartop machines.

And now we are looking at them potentially charging for parking.  Further, don't think for a second that this will remain anything as innocuous as charging for event parking only.  One of my inside contacts actually obtained the transcript for an MGM Board of Directors meeting held just a few months ago, and...well, I'll let it speak for itself:

"Okay," Brad, the Director of Operations intoned, "I think we're ready to go on the record, now.  The first order of business today is that our CEO thinks we need to come up with some ideas to boost revenues.  Does anyone care to open up the discussion on that?" 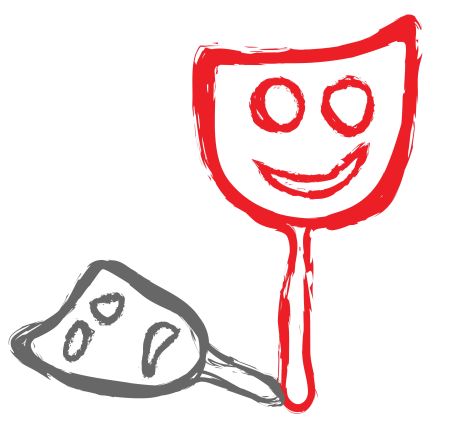 The Director of Table Games chimed in, "I really think we would attract more players to the property if we went back to three-two blackjack at all bet levels.  I think that would go a long way to win back some goodwill with the more discerning potential guests of the property."

This statement was followed by a hearty round of laughter in the boardroom.  Brad glanced around the table, "Dave, Dave, Dave, always the kidder.  I think that's why we keep you around, but no, seriously, you're doing a great job."

Dave returned, "What else could we do except for six-five Blackjack?  Think about it, the average player already plays the game terribly, so there really was no other rule change that would significantly increase the hold."

The door burst open and the Chief Financial Officer appeared in the boardroom, "Damn it, who said 'three-two Blackjack!?' I'll have his job!"

Brad attempted a conciliatory tone, "It's okay, Dave was kidding."

In a bitter mutter, the CFO returned, "Well, okay, but this isn't Friday night at The Improv.  There are just some things we don't talk about, even in jest, okay?  Okay, carry on."

The Director of Marketing chimed in, "I mean, what do they want us to do?  Extract money from people before they enter the building?  Are we allowed to just club them in the head and take their money yet?"

The Director of Compliance responded, "As you know, we are working very seriously to get Gaming to approve outright theft.  While the results are not promising thus far, we continue our diligent pursuit of changes to the applicable laws."

"Wait a minute," the Director of Security chimed in, "I thought you could beat them over the head and take their money if they're card-counting?"

"Look, this is a great exchange, but we really need to get this back on track."  Brad continued, "No, Tony, we haven't been allowed to physically assault people for any reason since the late-70's.  Further, don't worry about what hole-carding is, nobody does that anyway."

The Director of Facilities, usually a non-presence at these sorts of meetings spoke tentatively, "All that talk about getting them before they come in actually got me thinking," after glancing around furtively and receiving a few nods she continued, "What if we just went ahead and charged for parking?"

"That's the kind of forward thinking that makes you a rising star in this industry," Brad boomed, "That's just it, we'll literally get them as they come in the door!"

The Director of Customer Service responded worriedly, "Yeah, but that's going to be additional staff, procedure, irritated guests...I mean, how are you going to put a positive spin on any of this?"

Brad looked to the Director of Marketing, "Nick, do you have an answer to that inquiry?"

Nick Blankenship was the guy who came up with the, 'Well, you won't have to deal with anymore $2.50 chips,' to the low-rolling Blackjack players when some of the MGM casinos first rolled out 6:5.  If there was one man in the room who could put a positive spin on something negative, it was Nick.  After all, that's pretty much what Marketing does.

"That's actually a pretty easy one," Nick replied, "The first thing you want to do is advertise all the different ways parking can still be free via validation: You could earn so many points on your players club card, or have a restaurant or bar tab of such-and-such an amount.  There are actually quite a few casinos in large cities around the country that do this exact thing.  It was purportedly for event parking, and such, but then a few of them just started doing it all the time.  There's actually not that much player resistance."

Brad replied, "That's all very good, Nick, but this is Vegas.  The guests are used to taking certain things for granted.  I'm obviously not sympathetic to people who want everything for free, but at the same time, this is going to be a tough sell if not enough other casinos...by which I mean the CET properties...go in with us on this.  Can you give me something a little more pro-player sounding?"

Nick said, "Well, if you want to make it really positive, the first thing that you can do is make free parking a players club benefit for people at a certain tier status and have it apply to any of our properties.  That way, the thing that the players once took for granted is now something to shoot for!"

The Director of Player's Services worriedly cried out, "Wait a minute!  Now, you look here, that's not coming off of my budget for nothing if we are supposed to be charging for parking and these guests are getting it for free.  No way!  The only way I'll agree to that is if it counts as a playing day and against their ADT whether or not they actually gamble that day."

"I think that goes without saying," Nick responded.  "Anyway, I think another thing you could do is make the parking free for everyone else, too.  Let's say we roll it out as a special event thing, but then we transition to charging for parking all the time, instead.  Well, what we could do is charge people for parking, say $20, but then give a voucher for that amount in Free Play or Match Play.  When they use the voucher, they'll probably park here and pay for parking again, so it actually perpetuates repeat visits and gets the guests on the machines and tables!"

Though he had been silent for a bit, Dave jumped in, "Look, not Match Plays, please?  You guys know I'm not quite getting the edge that slots get over here, so the last thing I need are some looky-loos burning Match Play coupons just to get a taste of the tables and then running back to their precious slot machines."

The Slot Director responded, "Well, look, I'm good with slot Free Play.  As you guys already know, almost nobody ever takes any of it out, but a significant percentage of people put actual cash in."

Brad made his decision, "Okay, so we're set:  We're going to start charging for parking under the guise that it is just during events, but then we're going to transition to charging for parking all the time.  We'll make free parking a tier-level perk as well as offer Free Play in the amount of the parking cost on a future visit.  This has been an excellent start to the meeting, everyone.  Let's go ahead and take a coffee break and then we need to come in and discuss rule changes that will make the hold higher on more table games that are not likely to be noticed by the guests.  We struck gold with six-five Blackjack, so maybe we can come up with something similar."

Dave suggested, "How about Three-Card Poker, but the player only gets two cards?"

"Good one, Dave, okay, everyone take a half hour."

Unfortunately, my connection would not give me any more of the transcript as the remainder was irrelevant to the subject at hand.  I certainly hope to acquire future transcripts of board meetings, though, so we'll see how that goes.

I hope everyone enjoyed this Article and I would like to reiterate that this Article absolutely does not reflect the transcript or minutes of any meeting of the MGM Board of Directors.  Furthermore, any similarities to actual Directors on MGM's Board are purely coincidental and unintended.  This was a work of both commentary and fictional parody.  Thank you.

Thanks for the Comment! This one was a lot of fun to write, and I also thought it might be better to break my usual tactic of straight-up ranting about stuff I don't like.

If they use that future visit Free Play idea, though, I should be compensated for that. J/K

Good thing I have some Windex. Got to clean off my monitor.

Thanks, Miplet! I was hoping someone would mention that line!

As if Strip traffic Congestion is not enough of a cluster already ! ! ! Anyone else think this is not an ideal location for an Arena ?