Are Casinos Tightening Up on Free Play?

This Article is to address an issue that has appeared in two recent threads on these WoV Forums which have to do with players who have put in a strong amount of play and found themselves no-mailed (or Free Play offers revoked) after going to the casino and using only (or mostly) points/free play on one or more occasions.  The two threads being referenced can be found here.

After my, "Cocktails, Anyone," Article, I'm started to grow concerned that our readers will begin to view me as a pro-casino advocate, but I honestly just do my level best to look at things from both sides.

In the case of the two Threads linked above, of course, I stated that the casinos in question both had the inherent right to kill the players offers at any time, but I did throw out the caveat that the casino may not have been making the best business decision in either case given that these (especially in the Rincon thread) might have been profitable customers for the casino.

The gist of it is that the players went into the casino, on one or more occasions, and either used their comp points exclusively or used Free Play exclusively, or nearly exclusively.  In both cases, the initial actions of doing these things exclusively or near exclusively were admitted to by the original posters, and the Forum itself being public, I see no problems with writing this Article. 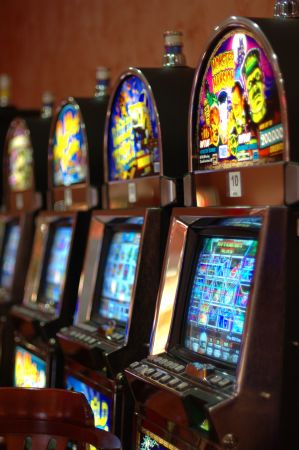 As many people already know, Free Play offers are not typically generated by some guy standing beside a wheel and spinning it to determine what a player's offers for a month are going to be.  In fact, Free Play offers are often generated by a computer program which often calculates a player's total action and divides that action up by the number of visits to determine an ADT, or average-daily-theoretical win off of that player by the casino.

That's obviously going to be a very simplistic explanation.  Some casinos also factor in a players club members current tier into the equation.  Also, some casinos may go off of the previous two month period while others use a rolling six month period to determine offers.

The point of the matter is that a player's ADT might go down (obviously) by going in and playing off Free Play and then leaving without doing anything else.  It might also go down if a player plays exclusively on multiplier days during which the player earns more slot points which can be converted into comp dollars or, in many cases, more Free Play.

I would reiterate that, in the cases of both threads above, I believe that the casinos might have acted a little hastily in reneging on Free Play offers given to the players in question, particularly so if we assume the truth of the opening posts and subsequent posts within the thread.  However, that did bring an interesting question to mind:

How Much is a Player's ADT Actually Worth?

To theoretically answer this question, we're going to go ahead and use any casino in the State of Pennsylvania as an example.  Take your pick, for these purposes, it really doesn't matter which one.  Let's say that casino has a 9/5 Jacks or Better video poker game with a 98.45% return.  We're going to go ahead and say that a player put through $10,000 coin-in on his first visit which generated an ADT of $155.

Given this ADT, the casino decided to extend to the player six offers (over the course of a month) of $20 Free Play.  Some would actually consider these offers to be pretty generous given that they are more than 10% of that player's ADT, but the computer might simply award Free Play in certain increments and this might have been the closest one.

We're now going to say that the player went to the casino and, one way or another, picked up all of his $20 Free Play offers for a total of $120 in Free Play.  We're also going to call the Free Play face value for mathematical simplicity as this is not an Advantage Play Article or anything.  Over the course of these six visits, the player played off the Free Play and a negligible amount of money twice, put in $20,000 coin on one occasion, and the sum of all of the player's action was $50,000 coin-in.

The player's theoretical loss on all of his action is $775, but after we subtract the $120 in Free Play the player already got, we are down to $655.  We might also suggest that the Points that the player is awarded are equal to 0.1% of total coin-in, or in this case, $50 in points which would then bring the theoretical loss to $605.

The first thing that we notice about this scenario is, after accounting for the Free Play, the player's ADT has now plummeted to less than $101, which might not be a substantial enough ADT to be offered anything from the casino.

As if that weren't enough, it's not simply the player and the machine.

While tax rates may vary in other States, the State of Pennsylvania ultimately receives between 54-55% of the casinos' slot revenues.

In other words, the ADT of that player, which we will round down to $100, will actually result in the casino retaining $45-$46 of the revenue if the player runs exactly as expected.  In fact, the offers that the player generated after his initial visit to the casino actually exceed the amount of the expected win that the casino actually gets to keep...at least...as revenue.

In this case, it is very important to understand the difference between revenue and income, so that $45-$46, by no means, represents any actual income, much less profits.

Of that $45-$46 which, on a quarters denomination game played at 800 hands per hour, would result in the player being at the casino for fifty hours, (the casino is now making less than $1/hour in revenue off of this player) even at the dollar denomination, the player is still there for twelve hours, the casino has to worry about the costs associated with either leasing or buying the machines.

Furthermore, while cocktail waitresses rely primarily on tips for their income, they do have to get paid something as a base wage, and some of the time for which they are compensated may be spent serving the player.  While alcoholic beverages are not free at most PA casinos, pop/soda, water and coffee are free beverages, so the cocktail waitress spends a small portion of her time getting those.

Also, the reason casinos in PA (usually) don't have machines coated in thick layers of grease and grime while the carpet is adorned in blankets of cigarette butts and used cups and food wrappers is because casinos have staff whose job it is to keep the place reasonably tidy.  The last time I checked, players do not tend to compensate these people on-direct, but their work certainly cuts into the casinos revenue.

Everything else from light bulbs to electricity to the casino's water bill all, in some way, has to come from the revenue generated by the machines, tables and other areas of the casino that produce revenue.  Furthermore, there are player's club representatives who are paid to occasionally spend some amount of time with this player, as well as security and administrative staff who need paid.  Property upkeep, as well.

The point is that the amount of money, theoretical or actual, to be lost may be substantial for a player while, at best, negligible for the house.  Alternatively, the house may decide that the player has demonstrated the beginning of a pattern that would indicate the house has simply gotten all the house is going to get out of the player.

If I operated a casino, my philosophy would be akin to, "An empty slot chair makes nothing," but an hour of players who are only worth a few cents apiece that hour makes very close to nothing.  As with anything else in a cash-driven business, it's a balancing act, and different casinos may draw the line where they believe the scales to be balanced in different places.