On Tuesday. February 16th, 2021 the former superstar starting quarterback for the Clemson University Tigers, Trevor Lawrence, underwent surgery on his left shoulder. Fortunately for him this is his non – throwing arm. According to sources the surgical procedure was a great success. 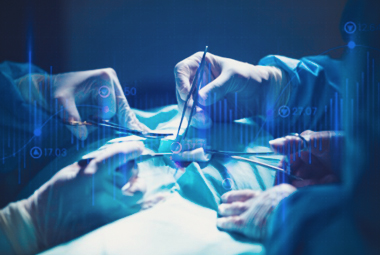 The operation took place earlier this week in California, and the surgical procedure was performed by Dr. Neal ElAttrache. The surgery was necessary to repair damage to the labrum in his left shoulder. Upon further recovery Lawrence should be able to begin throwing a football once again in approximately four to six weeks as long as everything goes to plan. Trevor is expected to be 100 % ready for an NFL training camp this summer.

The majority of pro football analysts and scouts are predicting Lawrence to be selected with the number 1 overall pick in the first round of the 2021 National Football League draft by the Jacksonville Jaguars. Trevor moved up his pro day to last Friday, February 12th, 2021 in order to accommodate for this surgical procedure that he just had to undergo. Sources reported his pro day throwing in front of NFL teams was incredibly impressive, and many people are predicting Lawrence to become one of the better young NFL standout quarterbacks as he possesses all the tools to make an immediate impact in professional football.

Playing with the Clemson Tigers

From 2018 to 2020 Lawrence lit up the college football scene with his outstanding quarterback play for the Clemson University Tigers. Throughout the duration of his 36 games that he started at QB for the Clemson Tigers Trevor’s record was 34 and 2. He completed 758 of his 1,138 pass attempts for 10,098 yards, 90 passing touchdowns, and only 17 interceptions.

He also rushed for 943 yards on 231 carries as well as running in 18 touchdowns. During his rookie year Trevor helped lead the Clemson Tigers to the NCAA College Football National Championship in 2018. Lawrence’s size, arm strength, accuracy, and smart decision making skills should enable him to have a successful run in the National Football League as long as he continues to develop and handle the speed and pressure of NFL defenses around the league.

According to Intertops sportsbook these are the odds to win Super Bowl LVI as of Thursday, February 18th, 2021. I bolded the Jacksonville Jaguars odds as that is the NFL team that Trevor Lawrence will most likely go to in the 2021 NFL draft this spring.