I'm not one to question you, but based on other usages I would translate dejar de fumar as "you are able to stop smoking," rather than a command to stop.

Usually if you use the word "able" in your translation, the Spanish word is "podar", or one of it's conjugations like puede.

I was trying to do a translation that used the same verb in English, where one sense was permission to do something, and the other sense was no permission to do the same thing. But you are correct, it came out as a command, which is not correct.
Nareed

Usually if you use the word "able" in your translation, the Spanish word is "podar", or one of it's conjugations like puede.

That one also means "can." Obama's "Yes we can" slogan was stolen from Mexican sucker fans, really, who like chanting "Si se puede" when they are not intent on murdering the national team. If the team wins, they like to celebrate by chanting "Si se pudo."

I see worms coming out of a can. Curious.
Donald Trump is a fucking criminal
pacomartin

That's quite absurd. My first try at learning English was with a native speaker who didn't know Spanish. I had mediocre results. I did a lot better with a native Spanish speaker who knew English well, and further knew how to explain the diferences in both languages. But then the man was a gifted teacher. 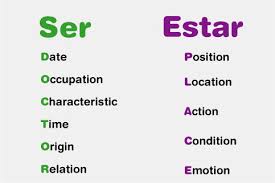 Grammar is particularly difficult to learn in another language. After all almost nobody knows what the pluperfect tense is in English, let alone in Spanish.

So "my grandfather is dead" is interpreted as a "status", even though it is "permanent".
Nareed

Question for Nareed: Google says you can also say "lo dejas!", but I've never heard anyone say it this way.

BTW you made a statement, not a question ;)

Question for Nareed 2: In English we often say "Let it go!" if we want to discontinue a line of conversation. I am not sure of the Spanish equvalent.

Not really. You may hear it in dubbed American TV shows, but not anywhere else.

And again I fail to see a question :P

It is a curious translation since "dejar" means "allow, to let , to permit",
while the related nouns are about abandonment.
At the same time the idiomatic "dejar de" means to stop and to quit. Literally it is like you are saying "abandon your practice of chewing gum".

No, the ad says "Nicotine patches may be useful to quit smoking."

A former smoker may say "Dejé de fumar," which can be translated as "I stopped smoking." She might also say "Dejé el cigarro," which means the same thing, but literally translates as "I left the cigarette." A woman could say "Dejé a mi marido," which means "I left my husband."
Donald Trump is a fucking criminal
Wizard
Administrator

I wanted the word for today to mean greed, but in Spanish there is not one word for greed in general, but a different ones depending on what the greed is for. Por ejempo, the word for June 1 was gula, which is a greed for food. Avidez is a greed for a fame/power. However, in English greed is almost always refers to an excessive desire for material things or money. The word for that in Spanish is codicia. A variant would be codicioso, which means greedy.

Time for some ejemplos.

Mi avaricia me obligó a hacerlo. = My greed made me do it.

Mr. Howell es codicioso. Él debe tener la mejor cabaña de la isla. = Mr. Howell is greedy. He must have the best hut of the island.
It's not whether you win or lose; it's whether or not you had a good bet.
pacomartin


In 1999 as the power of the PRI (the political power that has ruled in Mexico since the early 1930's) began to wane, it was possible to make a satirical comedy for the first time. La Le de Herodes is the story of how a small town janitor rides a wave of corruption and greed, to become the mayor and eventually a candidate for president. It's a little heavy handed, but has some funny moments. In a similar vein, El Infierno is a dark comedy about drugs and violence in Mexico.
HotBlonde

HotBlonde
Joined: Feb 8, 2011
Ok, Wizard, I have a question for you. It may seem easy at first glance, but how does the Spanish word "hombre" translate in English?

Ad please, don't anyone help him out.
OFFICIALLY and justifiably reclaimed my title as SuperHotBlonde!
Nareed

Ok, Wizard, I have a question for you. It may seem easy at first glance, but how does the Spanish word "hombre" translate in English?

Ad please, don't anyone help him out.

I don't get it.
Donald Trump is a fucking criminal
Wizard
Administrator

Ok, Wizard, I have a question for you. It may seem easy at first glance, but how does the Spanish word "hombre" translate in English?

It just means "man" as far as I know. I suspect this is a trick question.
It's not whether you win or lose; it's whether or not you had a good bet.
Wizard
Administrator 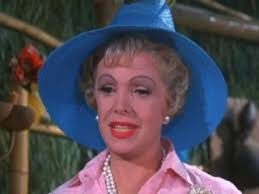 Mrs. Howell es la perezosa de la isla. Ella nunca ayudó con nada, y todo el mundo lo sabe. = Mrs. Howell is the sloth of the island. She never helped with anything, and everybody knows it.
It's not whether you win or lose; it's whether or not you had a good bet.
RSS Feed